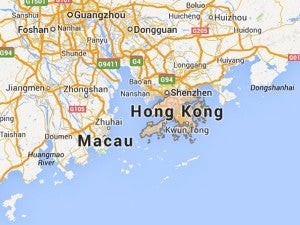 MANILA, Philippines – A Filipina overseas worker in Macau and sole breadwinner of her family in the Philippines was killed in a car accident after participating in the Iglesia ni Cristo (INC) worldwide walk event last Saturday.

Imelda Ignacio-Austria, 48, was hit by a car as she was crossing a street on the morning of February 15, her husband Villamor Austria, 45, said in a phone interview with INQUIRER.net Monday.

Fellow INC members in Macau were the ones who informed him of the tragic accident.

Villamor said that he and their 14-year-old boy and nine-year-old girl rely on the remittances of Imelda as he has yet to get a job after his previous work in construction.

A report by the Macau Daily Times published Monday said that the driver was “in his twenties,” and had passed the breathalyzer test, which measures blood alcohol levels.

“She was crossing the road between the Macau Tower and Sai Van Lake Square with two other Filipino women at around 10 am on Saturday, before being hit by a private car,” it said.

The report also said that police believe she may have been jaywalking. It did not state whether the driver has been detained.

Jerome Austria, a nephew of Imelda, said that they are worried the driver will not be held accountable if it was found her aunt was jaywalking.

“We are worried that they might have local laws there that would not make the driver liable,” Laceda said in a separate phone interview.

Villamor said that they are appealing for help from the Overseas Workers Welfare Administration (OWWA) as well as the Department of Foreign Affairs (DFA) with the case of his wife.

The DFA has yet to issue an official statement regarding the incident.

Help offered for men left at home by OFW wives