Fil-Am Honolulu city councilor to run for US Congress 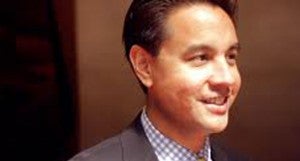 HONOLULU – Joey Manahan, current Honolulu City Council Member and Filipino immigrant, declared his candidacy for Hawaii’s First Congressional District House seat. If elected, Manahan would be the first Filipino immigrant to serve in the US House of Representatives.

“The American Dream is what led my mother to bring me to the US from the Philippines when I was just ten years old. This country gave us opportunities we otherwise would not have had and I’m so grateful for that,” said Manahan.

“But today, too many Hawaiians feel that dream slipping through their fingers. We need leaders in Congress who understand what it takes to ensure that every person living in this great nation has the chance to succeed,” Manahan added.

Manahan was born in Makati, Philippines and came to America with his mother, Maite. They first lived in San Jose, California, before moving to Honolulu. His grandfather was Dr. Constantino Manahan, a prominent obstetrician in the Philippines.

In addition to his current role as City Council Member, Manahan previously was elected to the Hawaiʻi State House of Representatives and spent two years as the Vice Speaker of the Hawaiʻi Legislature. He has focused on upgrading schools and housing projects and promoting Hawaiʻi’s tourism industry for job creation.

Manahan also authored the first successful legislation in any state to designate October as Filipino-American Heritage Month. He has advocated for improved veterans’ benefits and reunification among the families of Filipino veterans of World War II.