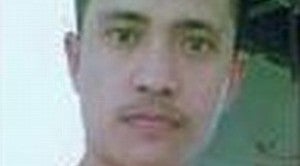 Lacierda told a press briefing that the President wanted a “clear-cut policy” on the issue.

“The President, in this morning’s meeting, stressed the need for a clear policy on blood money,” Lacierda said.

“We know for a fact that our overseas Filipino workers have contributed a lot to our country and there are situations where…For one reason or another, a crime is committed and blood money is required especially in the Middle East nations,” he added.

Lacierda said they were not able to discuss the case of OFW Joselito Zapanta during the meeting.

Zapanta is facing the death penalty in Saudi Arabia after being accused of killing his Sudanese landlord. The victim’s family is asking for 4 million Saudi Riyal (P45 million) in blood money.

Read Next
Before ‘America the Beautiful,’ ‘The Star-Spangled Banner’ in Tagalog
EDITORS' PICK
Holidays made best with Acer’s ‘Holidays at Home’ raffle promo
Gov’t fine-tunes alert level system
DOH checking if 3 COVID cases due to Omicron
A grand way to celebrate the holidays
Corruption in PH: Where presidential aspirants stand
Smart offers wireless fiber-like speeds to Filipino homes with country’s first 5G Prepaid Home WiFi
MOST READ
Bong Go left PDP-Laban with presidential bid under PDDS — Pimentel
FDA warns against use of 5 imported beauty creams
Orthodox priest shouts ‘Pope, you are a heretic’ at Francis in Athens
Isko’s messaging takes a turn as he commends Duterte
Don't miss out on the latest news and information.