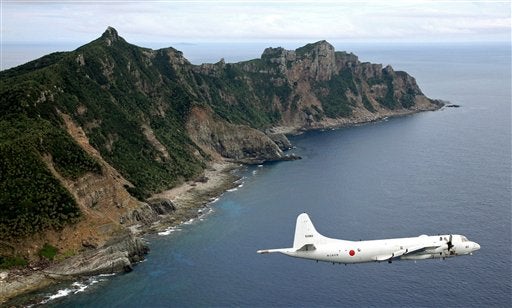 BEIJING — China rejected U.S. allegations that it is using vague territorial claims to gradually assert control in the disputed South China Sea, and in turn accused Washington of exaggerating tensions in the region.

Foreign Ministry spokesman Hong Lei urged the U.S. to take a “rational and fair attitude,” and reiterated China’s position that its claims are based on history and international law. In a statement Saturday, Hong said that some U.S. officials’ remarks were not constructive, and “playing up tensions” was not conducive to maintaining peace and stability.

The United States said Wednesday that actions by China have raised concerns it is trying to assert control over an area covering roughly 80 percent of the South China Sea despite the objections of its neighbors.

The resource-rich waters are dotted with reefs and islands subject to multiple disputes involving China, the Philippines, Vietnam, Malaysia, Brunei and Taiwan.

Daniel Russel, the top U.S. diplomat for East Asia, described in congressional testimony actions by China that are raising tensions, including restricting access to a contested reef and imposing fishing regulations in disputed waters.

He also said that an agreement between China and Southeast Asia’s regional bloc on a code of conduct to regulate behavior in the South China Sea is long overdue. China has been reluctant to negotiate with the group as a whole, preferring to deal with nations bilaterally.

Hong said China has been committed to resolving maritime disputes with “directly concerned parties” and attaches great importance to implementing a code of conduct with members of the Association of Southeast Asian Nations.
RELATED STORIES:
Beijing denounces ‘groundless’ US remarks on South China Sea

US policy shift on SCS maritime row raised during call between Pompeo, Locsin