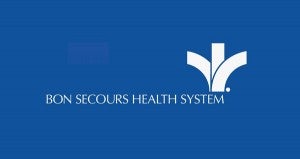 LOS ANGELES—Four Filipino-American health workers, who were fired for speaking Tagalog in the workplace, have won the discrimination lawsuit they filed against the Bon Secours Health System, a hospital based in Baltimore, Maryland.

The ruling was “a big win for diversity and an important victory for Filipinos in America,” said the health workers lawyer, Arnedo Valera, coexecutive director of the Washington DC-based Migrant Heritage Commission (MHC).

This is because aside from the fact that the ruling benefits all bilingual and multilingual immigrants, it is also the first time the US Equal Employment Opportunity Commission (EEOC) came up with a ruling specific to the Filipino language, he said.

“I feel relieved, happy and thankful,” said Jazziel Granada, a 30-year-old health unit coordinator who was two months pregnant when she and nurses Corina Yap, Ana Rosales and Hachelle Natano were dismissed for violating the hospital’s “English-only” policy in its emergency department last year.

In a ruling dated August 16, EEOC Director Gerald Kiel said he found reasonable cause that the health workers were subjected to “unequal terms and conditions of employment, a hostile work environment, disciplinary action and discharge because of their national origin in violation of Title VII (of the Civil Rights Act of 1964).”

The health workers filed their discrimination suit in June 2010.

The EEOC is an independent federal agency that enforces laws against workplace discrimination.

“Everyone has the right to speak their own native language in the workplace so long as it does not adversely affect their job performance or put their patients’ lives in danger,” said Valera.

The EEOC has ordered the Bon Secours Health System to discuss a financial settlement with the health workers. The settlement may also include a demand for an apology and diversity training for management and staff, according to Valera.

Never in front of patients

In their affidavits, the health workers said they made sure they spoke English while performing their work and only spoke Tagalog to each other during breaks.

Natano, one of the nurses, recalled in her affidavit that she had once been reprimanded for replying “Salamat po, doc” (Thank you, Dr.) to a Filipino physician, who had offered her food, speaking to her in Tagalog.

“During patient care, we did not talk Tagalog in front of the patient. There was no incident reported that talking in Tagalog could cause harm to our patients or our coworkers,” said Granada.

After she lost her job, Granada was forced to return to the Philippines because it became more difficult for her to find a job as a health unit coordinator because of her pregnancy. She is now back in Baltimore and has given birth to a boy who is now 9 months old.

Rosales said she felt both anger and sadness at being arbitrarily fired.

“I treated patients with compassion, love and care… I never compromised the safety of my patients by speaking Tagalog,” she said in her affidavit.

Rosales said she lost the medical insurance for herself and her four children, and she had a hard time finding another nursing job.

“With the economic crisis we’re facing right now, most hospitals have a hiring freeze,” she added.

“I was crying on the way home,” recalled Yap. “I didn’t know how (to tell) my family because I paid most of the bills.” She fell behind on her mortgage payments and nearly lost the family home to foreclosure.

“There were nurses in the ER who committed mistakes that put the lives of their patients in danger but they’re still there because they’re Caucasian,” Yap added.

Yap said she hoped their victory would serve as “an inspiration not only to Filipinos but also to other immigrants whose primary language is not English.”

“I know that we did the right thing—to speak up and fight for our rights,” she said.

The New York-based National Alliance for Filipino Concerns (Nafcon) said the ruling was “a victory for all Filipino-Americans,” praising the health workers, Valera and the MHC for courageously pursuing justice for the health workers.

The California Nurses Association (CNA) and the National Nurses United (NNU) described it as an important victory in the fight against discrimination.

“Discrimination still exists and we have to remain vigilant in protecting our rights,” said Zenei Cortez, CNA/NNU copresident.

The NNU has close to 160,000 members in every state and is the largest union and professional association of registered nurses in the United States.

The CNA last year filed a racial discrimination lawsuit against California’s biggest chain of hospitals, the Sutter Health-California Pacific Medical Center (CPMC) and St. Luke’s Hospital, for what it described as a conscious effort not to hire Filipino nurses.

Also in California, a group of 52 Filipino-American nurses at the Delano Regional Medical Center has filed a lawsuit alleging that they were singled out for enforcement of the hospital’s “English-only” policy.

The complaint, filed in December 2010 with the US District Court in Fresno claims the hospital’s actions violate federal rights protection laws. It states that the health workers, who were ordered to stop speaking Tagalog, were subjected to humiliation, intimidation and threats of surveillance.

There are about 4 million Americans of Filipino descent in the United States, according to Nafcon.

There is a significantly large number of Filipino nurses working in the US but it is not known exactly how many. According to the publication “Minority Nurse,” most statistical information about Filipino nurses is lumped into a general category of “Asian nurses.”

According to CNA/NNU lead organizer Chito Quijano, Filipino nurses comprise anywhere from 5 to as high as 60 percent of the total nursing workforce in the hospitals where unions have been established.