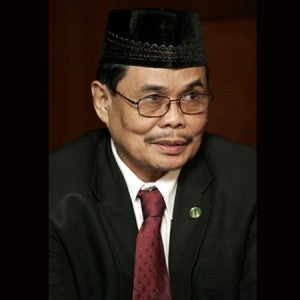 The normalization annex deals with the overall security in the new Bangsamoro that would replace the Autonomous Region in Muslim Mindanao (ARMM), where the Moro rebels are expected to lay down their arms.

But Iqbal remained cautious. He said that even if a comprehensive peace agreement was signed, it would be the “Exit Agreement that will formally terminate this negotiation.”

Government chief negotiator Miriam Coronel-Ferrer took note of the “telltale signs” of the anticipation that this would be the last round of exploratory talks—from the presence of the media, Presidential Peace Adviser Teresita Quintos Deles and presidential spokesperson Edwin Lacierda, members from the civil society, as well as senators and congressmen.

The normalization annex includes the following components: socio-economic; transitional justice and reconciliation; and security, according to Ferrer said.

“Foremost expectation is the end to the armed conflicts in Muslim Mindanao, and a halt to the recurrence of violence involving the various armed groups,” she said, adding that this has also been the expectation of areas surrounding the Bangsamoro such as Zamboanga City and the rest of the Zamboanga peninsula, North Cotabato, and Lanao del Norte.

Iqbal said the Bangsamoro Transition Commission (BTC) would finalize the draft of the Bangsamoro Basic Law by April and submit it to the Office of the President (OP) in May.

The OP would transmit it to Congress as an urgent bill, Iqbal said.

“I trust that the collective wisdom of Congress will ensure the passage of Bangsamoro Basic Law very smoothly,” Iqbal said.