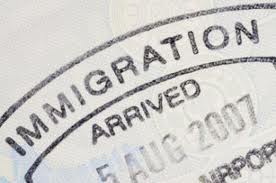 LAS VEGAS—Filipino-American leaders are turning to other means to pursue their request a Temporary Protected Status (TPS) for Filipinos as their online petition is in danger of not gaining enough signatures.

Just 13 days are left before the Feb. 1 deadline to gather 100,000 signatures on the We the People petition to the While House and just 22 signatures have been posted. The TPS petition is vital to helping Filipino victims of Super Typhoon Yolanda (international name: Haiyan).

But San Francisco lawyer Rodel Rodis and other leaders of the petition are not worried. “Mine is not the only White House petition for TPS I learned,” Rodis said in a statement. “The other one, by Z National Association of Domestic Workers, is also gathering signatures.”

Rodis said the White House petition is not the only avenue. State legislatures and city councils throughout the US have endorsed the TPS proposal. “We’re dealing with it on multiple fronts, the WH petition is only one of them,” he said.

With the Feb.1, 2014, deadline looming, the We the People petition on the White House website has generated too few signatures that it is not even publicly searchable.

“It’s up to you to build support for petitions you care about and gather more signatures. A petition must get 150 signatures in order to be publicly searchable on WhiteHouse.gov.”

A number of Filipino-Americans have complained that they have not seen the petition posted on the website. The website’s URL is https://petitions.whitehouse.gov/petition/authorize-department-homeland-security-grant-temporary-protective-status-tps-philippines/T8t1ZZxqAmerican.

Another Filipino-American leader behind the TPS proposal, Arnedo Valera, said a more effective way to gain TPS is direct pressure on the Obama administration and the Department of Homeland Security.

Valera said that with political pressure and the support of some members of the US Congress, the Obama Administration will relent.

A TPS designation provides a variety of benefits to Filipinos living in the United States, including a hold on deportation and faster adjustments of immigration status.

A country may be designated for TPS if it has been impacted by a natural disaster that has “result[ed] in a substantial, but temporary, disruption of living conditions” such that the country is “unable, temporarily, to handle adequately the return” of its nationals currently in the United States.

The US has provided the TPS designation to countries hit by disasters in the past, including Haiti, Nicaragua and El Salvador.

Another online petition, initiated by Rodis, is posted on the change.org website, with basically the same demand as the White House petition.

It is asking President Obama to extend TPS to the Philippines for “Filipinos in the United States who are out of status and who lost their homes, offices, jobs, businesses, friends, families and communities when Yolanda struck their neighborhoods, their towns, their islands.”

“(This) will provide temporary relief that will allow them to remain in the United States where they can work to earn income to remit to their families in the Philippines.”