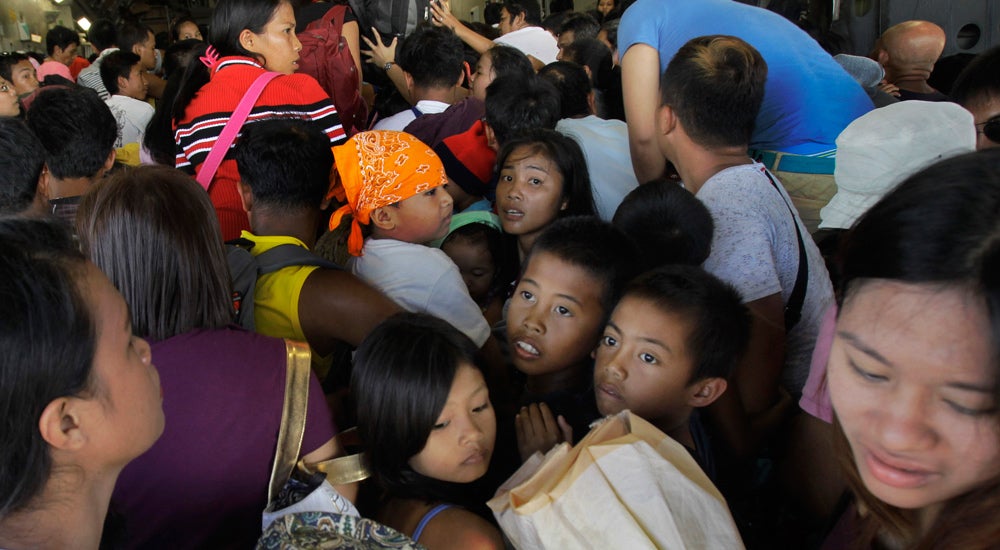 MANILA, Philippines — The government is acting to curb the trafficking of children displaced by Supertyphoon “Yolanda” (Haiyan), a presidential spokesman said Sunday, a day after a UK-based children’s charity raised concerns.

Plan International asked the Philippines to investigate the suspected recruitment of child workers for sex trafficking on the central island of Samar, which sustained heavy damage and casualties in the November 8 typhoon.

Yolanda left nearly 8,000 people dead or missing in one of the worst natural disasters to hit the Philippines, flattening entire towns and displacing more than four million people.

A special anti-trafficking commission is already in place to prevent children displaced by the typhoon from being exploited by traffickers, said Herminio Coloma, a spokesman for President Benigno Aquino.

“That is why the concerned agencies are doing everything in their power to prevent these crimes,” he told reporters in the capital Manila.

Aid groups have warned that many of those displaced face extreme hardship in their ruined communities and are vulnerable to human traffickers.

“We have been giving attention to this issue because we do not want children and women to be victimized by these criminals, especially those who came from the calamity area,” said Coloma.

United Nations agencies, foreign governments, as well as aid groups including Plan International are helping millions of survivors who lost relatives, homes, jobs, or all three.

The Philippine government has listed 109 children orphaned by Yolanda on the storm-ravaged central island of Leyte alone.

A 2013 US State Department report on global human trafficking described the Philippines as “a source country, and to a much lesser extent, a destination and transit country for men, women and children subjected to sex trafficking and forced labor.”