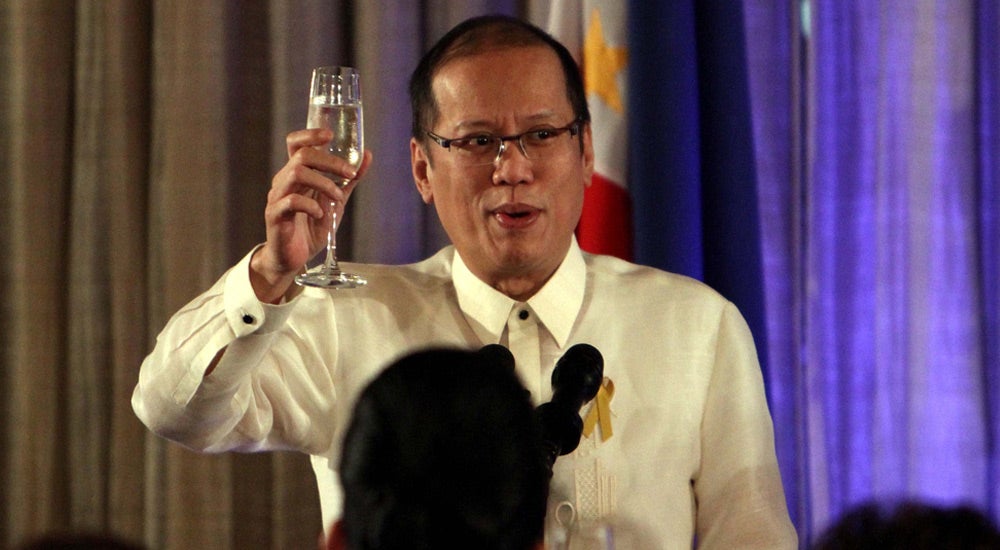 MANILA, Philippines—President Benigno Aquino III thanked the international community Friday for the “kindness” that the Filipinos will always remember in the aftermath of Supertyphoon “Yolanda” (Haiyan).

“As President, I am filled with happiness and hope, knowing full well that the New Year provides many opportunities to deepen our cooperation and strengthen the partnerships we have forged,” Aquino said at his toast in at the vin d’honneur in Malacañang.

“And to all our partners and friends from the world over, may we continue to strenthen the bonds that link us as one community, sharing a single world.”

The Chief Execurive added that the Filipino people would be forever thankful and would always look to repay those who stood by them in difficult times as “utang na loob” (debt of gratitude).

In his toast, Aquino encouraged those who have helped the Philippines in the aftermath of the 7.2-magnitude earthquake in Bohol and Supertyphoon “Yolanda” to “continue to render compassionate action to all those who are in need, wherever they may be.”

He also urged the disaster survivors to serve as “beacons of hope and strength” for the Filipino people.

Aquino said his administration aims to  “empower every Filipino to become a proactive agent of change in nation-building, no longer plinged into cynicism or apathy as a reaction to an ever-changing world.”

He said their goal came to fruition in December of 2012 when Filipinos came to the aid of their countrymen after the devastation of Typhoon “Pablo” in Mindanao and how soldiers and volunteers ensured the safety of the people in Zamboanga City.

Aquino also commended the people who worked in the relief efforts in Bohol after the earhquake.

Aquino on critics: If you can’t beat them, ignore them