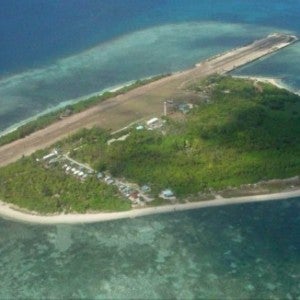 BEIJING—In a broadening campaign to enforce its territorial claims, China says it’s beefing up its police powers in the disputed South China Sea, presumably including waters known in Manila as West Philippine Sea, and requiring foreign fishermen to ask Beijing’s permission to operate within most of the vast, strategic waterway.

The move, which took effect this month, comes on the heels of the late November announcement of a new air defense zone requiring foreign planes to notify Beijing of flights over a huge swath of the East China Sea, where China is locked in a bitter territorial dispute with Japan.

The steps are prompting concerns that President Xi Jinping’s push to assert China’s role as a regional power could spark a confrontation with neighbors.

“These sort of assertions of sovereignty, or territorial claims, will continue. Xi believes he can’t afford to be seen as soft,” said Joseph Cheng, a politics expert at City University of Hong Kong China.

The affected waters account for 2 million of the South China Sea’s 3.5 million square kilometers, a sweeping area encompassing island groups claimed by Vietnam, the Philippines and others—and in some cases occupied by their armed forces.

The islands sit amid the world’s busiest commercial sea lanes, along with rich fishing grounds and potential oil and gas deposits.

“We are verifying the news with our embassies in Beijing and Hanoi,” Hernandez said.

There was no immediate response from Vietnam.

Philippine and Chinese coast guard ships faced off for more than two months in 2012 at Panatag Shoal (Scarborough Shoal), a rich fishing ground off Zambales province within Manila’s EEZ.

Bad weather forced Manila to call back its ships, leaving Beijing to seize the shoal, which the Chinese had since cordoned off.

In January last year, the Philippines took the dispute to the United Nations for arbitration.

China refused to take part in the arbitration, but the DFA said the process was going on just the same and a ruling could be expected even without China’s participation.

The UN arbitration tribunal, however, has no power to enforce its decisions.

The United States says it doesn’t take sides in the sovereignty dispute but insists on the right to freedom of navigation in the area.

The new rules demand that foreign vessels seek permission to fish or survey within waters administered by Hainan, China’s southernmost island province, which looks out over the South China Sea.

Authorities in the provincial city of Sansha, on an island far south of Hainan, held a joint drill on Jan. 1 involving 14 ships and 190 personnel from various border patrol and law enforcement agencies.

“Rampant infringement by foreign fishing vessels” was among the activities targeted in the practice scenarios, law enforcement official Wang Shizhen was quoted as saying by the official China News Service.

Passed by Hainan’s provincial legislature in late November, the new rules say only that permission must be obtained from unnamed “relevant departments” under China’s Cabinet.

Chinese law allows for the confiscation of catches and fishing equipment and fines of up to $83,000 for violators.

While it would be nearly impossible to enforce the rule over such a vast area, the requirement seems to emphasize China’s determination to compel foreign nations to take its sovereignty claims seriously.

Beijing has moved systematically to put teeth behind its island claims, setting up the Sansha city administration in 2012 to administer the scattered, lightly populated region of island groups and reefs.

China has also combined its civilian maritime agencies into a single coast guard to increase effectiveness, and even has cracked down on activity in the area by foreign maritime archeologists.

The zone is seen largely as a means of strengthening China’s claim to tiny uninhabited East China Sea islands administered by Japan and also claimed by Taiwan.

For more than a year, Chinese patrol vessels have aggressively confronted Japanese ships in the area, leading to fears of a clash.

But Xi is under far less nationalist pressure at home to take a hard line on South China Sea issues, said Cheng, the China politics expert.

Despite the new fishing rules, Beijing will likely seek to avoid increasing frictions by enforcing them too zealously, Cheng said.

“Beijing wants relations with Southeast Asia to be relatively smooth,” he said. “They can’t afford to alienate too many neighbors at one time.”—Reports from AP and Tarra Quismundo