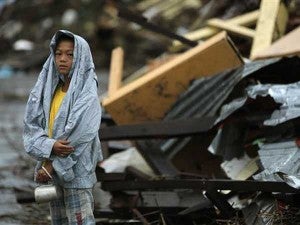 MANILA, Philippines – Hundreds of troops from South Korea have committed to stay in “Yolanda”-battered areas for a year to help in medical and rehabilitation efforts.

“There are 540 military personnel from the South Korea contingent that will help in the ongoing rehabilitation and medical operations in typhoon-battered areas,” Lieutenant Jim Alagao, spokesman for the Central Command, said on Wednesday.

Supertyphoon Yolanda (international name: Haiyan) was the strongest typhoon on record to hit land. The massive damage prompted the UN and the rest of the world to offer aid to the millions affected in Eastern Visayas.

Alagao said the soldiers did their operations per village in the towns of Palo and Tacloban City in the province of Leyte.

“This is a welcome development because we really need this help. India and Thailand also signified their intention to deploy their forces here,” he told reporters.

“When we met them at Mactan Air Base, they kept on saying that they are grateful for he sacrifices of Filipino soldiers during Korean war.

The Philippine Expeditionary Forces to Korea of the Philippine Army was deployed to help during the 1950s. There were almos 8,000 troops, the fourth largest under the United Nations Command.