PNB gets Marcos loot in Singapore 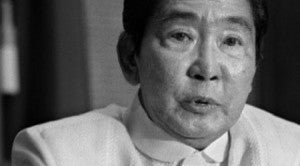 The decision of Singapore’s top court to recognize the right of the Philippine National Bank (PNB) to hold in trust the $23 million seized from the estate of the late strongman Ferdinand Marcos does not jeopardize the legal position of the Philippine government, Malacañang said on Saturday.

The Palace even viewed this as a “positive” development, denying that the ruling effectively junked the claim of the Philippine government over the ill-gotten wealth of the Marcoses.

On Thursday, Singapore’s Court of Appeal ruled in favor of the PNB, dismissing the claims of the Philippine government, five foundations allegedly set up by Marcos to hold the money in Swiss banks, and 9,539 human rights victims of the Marcos regime.

The outcome ends a long saga over the Marcos Swiss deposits, held in the Singapore branch of German bank WestLB.

In its ruling, the Singapore court explained that it was compelled to reject the rights victims’ claims as the relevant documents considered did not have the legal effect of transferring any “proprietary interest” in the funds to them.

The court also rejected the claim of the Swiss-based foundations, saying that their entitlement was lost following the Swiss Federal Supreme Court orders effecting the transfers.

Swiss authorities transferred $658 million to the PNB in 2002 for safekeeping. The PNB then placed the money in various banks in Singapore, including the branch of WestLB, and in Britain.

Presidential spokesperson Edwin Lacierda, quoting Presidential Commission on Good Government (PCGG) Chair Andres Bautista, said: “The PCGG views the Singapore decision in a positive light. While the court ruled that the PNB has legal title to the account, the PNB holds the monies in its capacity as a trustee for the Republic pursuant to an escrow agreement with the government.”

The funds, comprised of $16.8 million and 4.2 million British pounds ($6.58 million), were part of the alleged ill-gotten wealth that Marcos stashed away in several Swiss bank accounts.

The appeals court affirmed Singapore’s High Court ruling that the PNB held the legal title to the funds as depositor of the money as well as original account holder with WestLB.

It was WestLB that went to court in 2004 to determine the owner of the money after several groups staked claims.

In August 2012,  Singapore’s High Court ruled that the more than $23 million Marcos deposits rightfully belonged to the PNB.

The high court then dismissed the rival claims of the Philippine government, a group of human rights victims and five foundations believed to be Marcos fronts, and declared that the money that was deposited in the Singapore branch of German bank WestLB belonged to PNB.

In a phone interview, Bautista said the government could use the $23 million as compensation for the rights victims.

“It technically can use the $23 million. But we already have the P10 billion appropriated in the human rights compensation law covered by the monies recovered from the Swiss bank accounts,” said Bautista.

He explained that when the Swiss government agreed to repatriate the Swiss money, “it was on the condition that the human rights victims are compensated.”

He assured the public that the $23 million would be eventually remitted to the National Treasury.

“It will form part of the PCGG recoveries. The Human Rights Compensation Law is, to my mind, sufficient authority for the withdrawal of the P10 billion from the PCGG account,” he said.

President Aquino signed into law the Human Rights Victim Reparation and Recognition Act of 2013 on Feb. 25, 2013 (Republic Act No. 10368), but its implementing rules and regulations (IRR) cannot be formulated without a claims board.

The President has yet to appoint the chair and eight members of the Human Rights Victims Claims Board. With The Straits Times/Asia News Network

Hunt for Marcos loot goes on