Canary in the Mine | Global News
Close
menu
search

Canary in the Mine 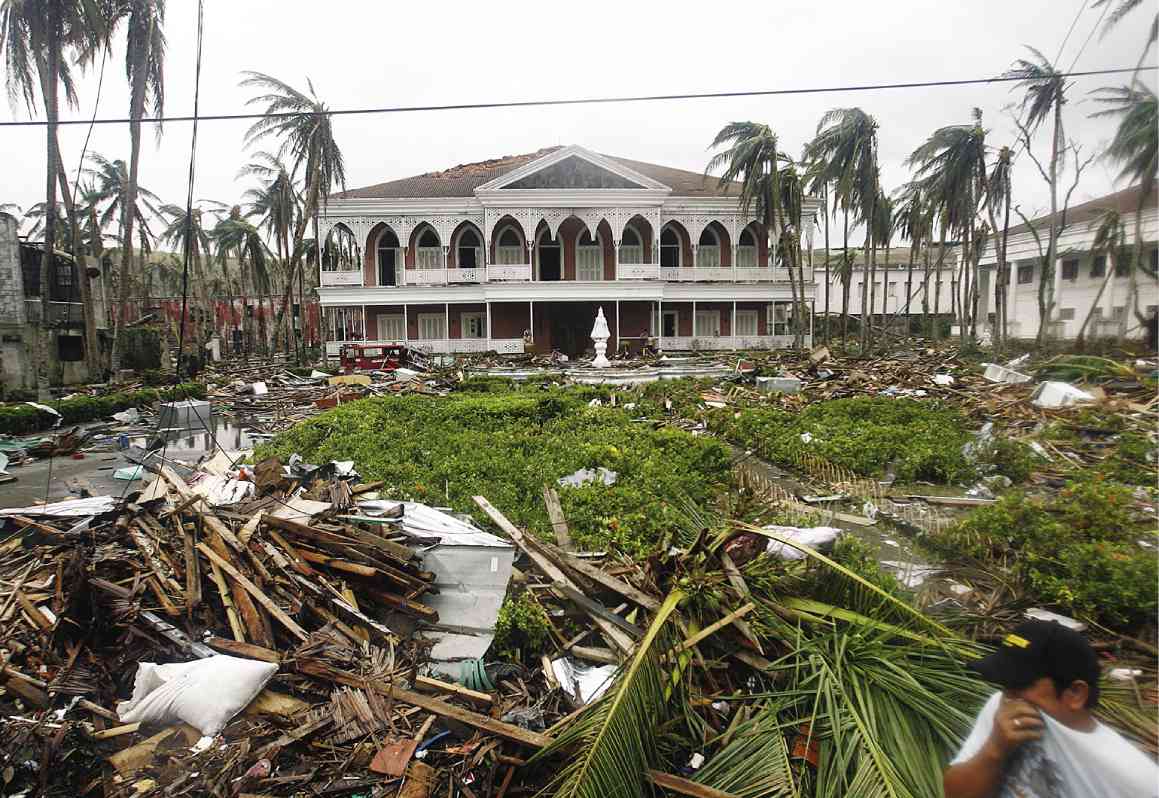 Santo Nino Shrine in Tacloban after the monster typhoon Yolanda

NEW YORK—As has been noted in news dispatches on the devastation wrought by Typhoon Yolanda, not far from Tacloban is the town of Palo, on whose beach, in October of 1944, General Douglas MacArthur and his aides, along with Sergio Osmeña, and Carlos P. Romulo strode ashore to wrest Leyte and the rest of the Philippines from the Japanese and thus begin the task of reinstituting the status of the archipelago as its sole American colony. MacArthur went on to proclaim, “People of the Philippines, I have returned.” To commemorate that landing, several life-size statues were later implanted in Palo’s surf. One of those statues was toppled by Yolanda. Alas, it wasn’t MacArthur’s but that of Romulo. I guess MacArthur’s big ego stood him in good stead.

Imelda Romualdez, already a teenaged beauty, claims to have met the General then, and to have sung for him. The Romualdez family home at the time was a Quonset hut. In its place today is the most famous building in Tacloban: a white, two-story edifice that is the country’s costliest private shrine to the Santo Niño, the Holy Infant Jesus. Built on Imelda’s orders at the cost of $16 million in 1981, the shrine was part of her deliberate make-over and erasure of history, from a provincial lass reared in genteel poverty to the fab life of glamour and immense wealth as equal partner in the Marcoses’ conjugal dictatorship.

Sequestered since 1986 by the Philippine government, I remember the shrine as a strange mixture of the sacred and the profane, with luxurious guest bedrooms on the ground floor flanking the Santo Niño, His and Hers bedrooms on the second floor, a ballroom with His and Hers thrones, and two huge portraits of Imelda. The chintzy but expensive bric a brac and interior décor made it clear that the religious icon served merely as expensive backdrop rather than centerpiece. This was a shrine, all right, but a shrine to vanity and the excesses of poor taste. 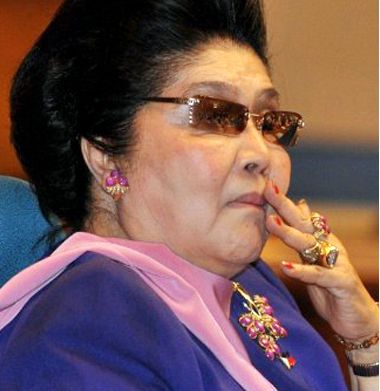 The ground floor was damaged by Yolanda’s floodwaters, leaving about a foot of mud. Otherwise, the edifice still stands. For all her huffing and puffing, Yolanda was unable to topple chez Imelda. Imelda herself and Ferdinand made up a super typhoon from which the country has yet to fully recover.

What’s been the former First Lady’s response to Yolanda’s fury? As far as I can tell, only a handwritten note that exhorts her fellow Taclobanons not to “lose hope,” that she and they “will rise above this.” That was it. Nice words but essentially meaningless. What’s needed more than anything else is hard cash. As one of the world’s richest women and one who has repeatedly said she is a “star and a slave” to her people, she needs to put her money where mouth is. She could easily bankroll the cost of providing relief and reconstruction services to her hometown. Nor does she lack political clout: her nephew is the mayor while another nephew is a congressman for the province. She herself served as congresswoman for the same district and now represents her late husband’s congressional turf, Ilocos Norte, far from the Visayas. Her son Bong Bong is a senator while her daughter Imee is governor of Ilocos Norte province. The latter has pledged 1 million pesos (about $23,000) to the recovery program, not from her personal account, mind you, but from the provincial coffers. In pointed and ironic contrast, the restaging in New York of David Byrne’s poperetta Here Lies Love, which is all about Imelda’s rise to power and her love of disco, raised $100,000 for the victims.

What concerns me is the long and hard slog to recovery—one estimate puts the years needed for recovery at five. Sure, there are lots of local and foreign non-governmental organizations pitching in, such as the United Nations Development Program, which is set to hire as many as 200,000 people for three years, to clean up the debris and to help in recycling efforts. The Food and Agriculture Organization has plans to desilt and rebuild 370,000 acres and clean up 50 miles of irrigation canals. Floods of cash, to use an apt phrase, are pouring in and this is where that other type of typhoon—deadlier, quieter—comes in: corruption. Government, from national to local, will still be the lead actor in setting up and coordinating recovery programs. As the ongoing scandal of the misuse by certain lawmakers of billions of pesos in pork-barrel funds—funds that in theory make it easier to build roads, bridges, and schools and thus create employment—makes abundantly clear yet again, corruption is deeply rooted, though the Aquino government has made some progress in lessening the degree to which public funds are diverted for personal gain. (Incidentally, the investigation into the alleged Napoles pork-barrel scam seems to be going nowhere.)

Rebuilding on a massive scale is obviously needed. But where and how needs to be thought through carefully.  For one thing, coastal barriers have to be erected. I’m sure the Dutch government, if asked, would only be too willing to lend technical assistance. Given that the stricken areas lie right in the path of typhoons, what sort of architecture is needed? It occurred to me that the traditional architecture used in the farthest northern province of the archipelago, the Batanes, could be duplicated in the Eastern Visayas, the so-called typhoon belt. Long accustomed to being a pit stop for typhoons on the way to Taiwan and/or Japan and continental Asia, the Ivatan build their houses with thick walls made of rock and thick, thatched roofs. The rocks used are volcanic, basalt, coral and limestone—all rocks locally available. I stayed once at an inn in Basco, and indeed it was constructed to withstand typhoons, the walls were reassuringly solid and the windows had thick wooden shutters that could be kept in place by a bolt of wood.

Global warming and climate change are causing dramatic shifts in the direction and intensity of storms, and the country, along with other island nations, is playing the role of canary in the mine. With no mechanism for compensation by the developed countries responsible for 70 percent of greenhouse gas emissions—a, if not the, major factor in today`s catastrophic weather patterns—the Philippines and other poor island nations are paying for the sins of others.

I hope that the New Year, due to arrive in a couple of days, will herald the beginning of better lives for the Visayans, and indeed for all of us.