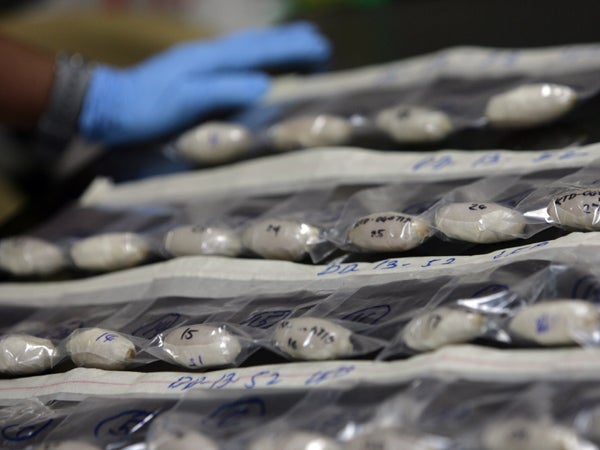 “This is the first time, and we have confirmed the Mexicans [are] already here,” said Senior Superintendent Bartolome Tobias, PNP-Anti-Illegal Drugs Special Operations Task Force chief, referring to the Sinaloa drug cartel.

The PNP made the disclosure after roughly 84 kilos of suspected shabu worth P420 million, and several weapons were seized during a raid at the LPL Ranch in Barangay (village) Inosluban in Lipa City, Batangas on Christmas Day.

Quoting reports, Tobias said Tan was leading a big-time drug syndicate in Metro Manila and nearby regions. The report also said Tan was working with a certain Jorge Torres, a Filipino-American.

“We are 7,000 islands [in the Philippines]. If you go down south you can freely go to Sabah. There are times when you don’t need to go through Immigration anymore . . . you just need to ride a boat . . .,” PNP chief, Director General Alan Purisima said, adding that there were also reports that containers entering the country were not being opened for checking.

Furthermore, Purisima also said this Mexican group was suspected to be working with Chinese drug syndicates until such time that they could operate independently.

“We can see they are just starting . . . we need to immediately act on this to stop them,” he said.

He also said the police would consult its lawyers as to the possible liabilities of the owner of the ranch, saying that the group only leased the property.

Appropriate charges have been filed against the arrested suspects, while additional cases of possession of dangerous drugs will be filed against Torres, a certain alias Jaime and alias Joey, both Mexicans and alleged members of the Sinaloa drug cartel.

US angry over release of Mexican drug lord