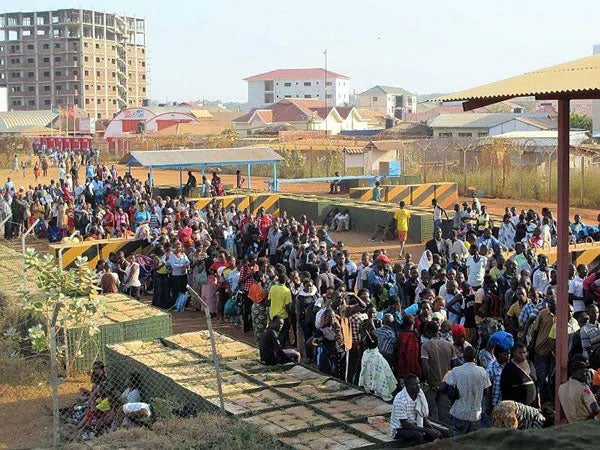 MANILA, Philippines—The Philippines on Monday initiated the voluntary evacuation of Filipinos in South Sudan and barred all travel and deployment of workers amid the worsening civil strife in the central African state.

This, after Foreign Secretary Albert del Rosario raised Crisis Alert Level 3 for the 95 overseas Filipino workers (OFWs) there and sent a Rapid Response Team to help in the repatriation process. The level is the third highest in the country’s four-tier emergency alert system for Filipinos abroad.

“Under Alert Level 3 (voluntary repatriation), Filipinos in South Sudan are enjoined to seek repatriation assistance from the personnel of our embassy in Kenya, or the Rapid Response Team which will depart tonight,” Assistant Secretary Raul Hernandez, spokesperson of the Department of Foreign Affairs (DFA), said in a statement yesterday.

“Our citizens are also advised to defer travel to South Sudan regardless of purpose,” Hernandez said, adding that the Philippine Overseas Employment Administration will also initiate a total ban on OFW deployment under the alert level.

The DFA spokesperson said 23 of the 95 Filipinos in South Sudan have travelled to Kenya, while 15 have fled to Uganda as the South Sudanese government had lost control of its oil-producing capital of Bentiu to rebels intent on seizing control of the state.

“We have already requested the Ugandan government to allow our citizens to stay in its territory in the meantime. An embassy team and our honorary consul in Uganda are also on hand to assist them,” said Hernandez in a statement sent via text yesterday.

He said eight OFWs are set to fly home courtesy of their employers, while the government is “trying to book” a flight for five others who want to come home.