Asean-Japan summit gets under way in Tokyo 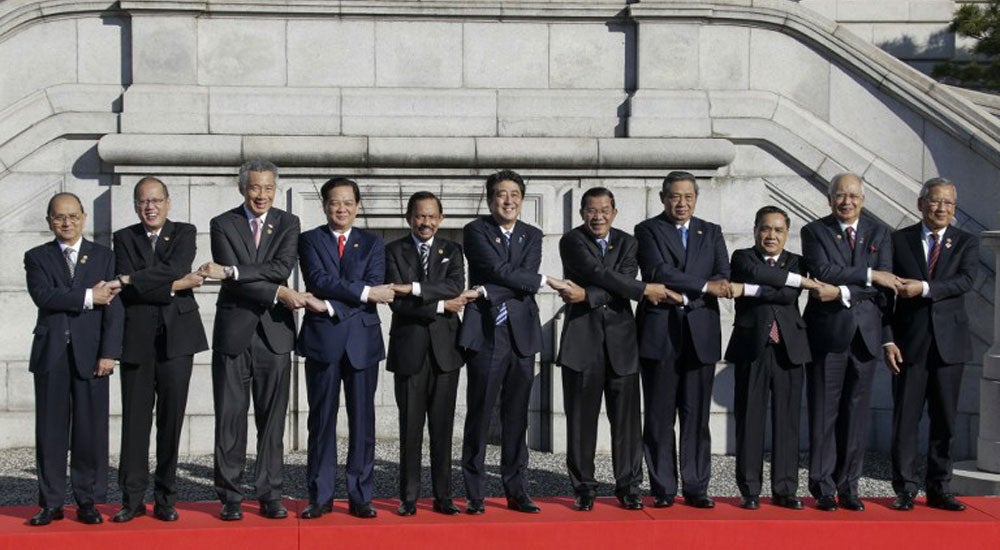 The summit, which marks 40 years of relations between Japan and Asean, will allow heads of state and government in the Asean region to discuss with Japan issues of regional implications, including the simmering tensions brought about by territorial disputes with China in the South China Sea, East Sea and East China Sea.

Due to the political crisis gripping her government, Thai Prime Minister Yingluck Shinawatra sent instead a deputy minister to represent her at the summit.

During the opening session, where leaders delivered their respective country statements, Mr. Aquino thanked Japan and Asean for extending help in the aftermath of super typhoon Yolanda that ravaged the central Philippines on Nov. 8.

The President told his fellow leaders that “global climate change is a reality” and exhorted them to enhance efforts at combating climate change, explaining that he himself saw when he visited Tacloban City and other places in the wake of the super typhoon.

He called for the building of “more resilient communities” and the putting in place of other measures to address global warming.

The President’s push for stronger action on climate change and disaster risk reduction efforts was well-received by Asean leaders, with Vietnam Prime Minister Nguyen Tan Dung echoing this in his own statement.

The President also took the opportunity to discuss the Philippines’ maritime row with China even as other Asean leaders talked about drafting, toward the end of the summit, a document that would embody the collective sentiment of the region in the face of rising tensions due to the territorial disputes.

“The Philipines therefore is encouraged by the fact that the Asean-Japan vision statement, which we will be adopting at the summit, reflects our collective commitment to pursuing a more holistic strategy in guaranteeing the welfare and safety of all our peoples in safeguarding our shared interests,” said Mr. Aquino.

He said that the Philippines was pursuing a “two-track approach” in resolving disputes with China over waters and islands in the West Philippine Sea, the name the Philippines uses to refer to that part of the South China Sea, that is within its so-called exclusive economic zone.

“This approach is both peaceful and rules-based. To manage tensions, we are advocating the conclusion of a legally binding code of conduct as soon as possible,” he said.

Secondly, “to resolve disputes we are advocating arbitration,” he said, explaining that the country was using arbitration as an “internationally recognized forum for peaceful settlement of disputes.”

“In addition, arbitration promotes the rule of law and redounds to the benefit of all parties,” he said.

The President also raised the issue of the establishment by China of on air defense identification zone (ADIZ) which, he said, had ramifications on international civil aviation safety and security.

“The Philippine call for the peace and stability in the region is amplified by a recent development in the East China Sea on the establishment of an ADIZ, which raises concern on international civil aviation safety and security,” he said.

He said Japan and Asean should have “greater concern on the recent pronouncement of Chinese officials that China will establish other ADIZs in due course after completing relevant preparations.”

“As we move to deepen our partnership, we must never forget that we can only maximize our opportunities for growth in a wider regional, international community in which all nations adhere to the rule of law and work to promote peace and stability,” he said.

Mr. Aquino concluded that adherence to the rule of law would underpin the stability of the region.

“It is therefore incumbent upon all of us to remain committed to the principles of international law and to continue to engage each other in a positive and productive manner as we tread the straight path to mutual prosperity and advancement in Asia Pacific,” he said.