Women’s group names tech CEO one of ‘most influential’ women 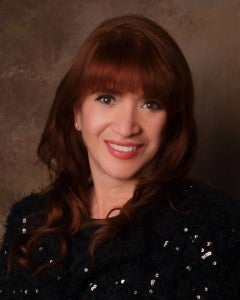 NEW YORK—Delle Sering-Fojas, CEO of Seven Seven Softwares, was recently named one of the “100 Most Influential Filipino Women in the World” by Filipina Women’s Network (FWN) in San Francisco.

Fojas was honored as a “trailblazer” who marshaled resources and applied innovative practices, processes and technologies in a new way for a “significant business or organizational opportunity.”

Born in Manila, Philippines, Fojas moved to the US and had a lucrative career in the New York textile industry before spotting an opportunity to be a pioneer in the booming IT industry.

Seven Seven Corporate Group now operates in North America and Asia-Pacific and is the largest Filipino-American–owned IT services firm in the Philippines with over 1,700 employees.

This is not the first time she received an accolade from an award-giving body. In 2011, Delle was recognized as one of The Outstanding Asian American in Business by Asian American Business Development Center in New York, NY.

She is also involved in various socio-civic initiatives not only in the US, but also in the Philippines especially on helping her fellow citizens during devastating natural disasters. In her hometown in Cavite, she is connected in a charity group whose main purpose is to attend to the needs of poor children.