Ten years on, Al-Qaeda wounded but not slain 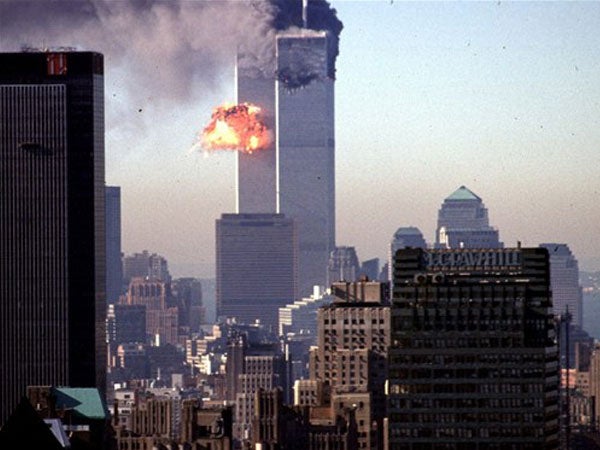 PARIS—Ten years after the 9/11 attacks triggered a massive operation against Al-Qaeda, the group is battered and its historic leader is dead but offshoots in Yemen and North Africa remain a potent threat.

Some officials and experts were quick to hail the killing of the terror network’s iconic supremo Osama bin Laden in May as the beginning of the end for Al-Qaeda but others warned it was too early to claim victory.

“Core Al-Qaeda is in the ropes. They are at a weaker point than they have ever been,” said Michael Leiter, former head of the US National Counterterrorism Center (NCTC).

“We’re within reach of strategically defeating Al-Qaeda,” US Defense Secretary Leon Panetta last month told reporters travelling with him to Afghanistan, where the group developed in the late 1980s.

Bin Laden’s death ended one of the most high-profile manhunts in history and struck at the heart of a group which relentless and deadly US drone raids against its Pakistani hideouts had already put on the back foot.

Bin Laden was replaced by his long-time lieutenant and ideologue Ayman al-Zawahiri.

In a string of Internet messages, the Egyptian has insisted Al-Qaeda was undeterred and issued fresh calls for global jihad (holy war), but experts note that he lacks the aura and charisma of his Saudi predecessor.

French Al-Qaeda expert Jean-Pierre Filiu argued that the succession at the helm of the terror network had not been a smooth affair.

“The Yemeni branch, Al-Qaeda in the Arabian Peninsula, has formally declared its allegiance, but the Iraqi branch and Al-Qaeda in the Islamic Maghreb only welcomed his appointment through their spokespersons,” he said.

“This is evidence that very serious tensions remain within the jihadi movement, pitting notably the Egyptians and possibly the Yemenis against the Iraqis and the North Africans,” Filiu explained.

While Al-Qaeda Central’s control over its so-called franchises in the rest of the world appears on the wane, some of these regional offshoots, which had previously proclaimed their allegiance to bin Laden, are fully operational.

In Yemen, Al-Qaeda in the Arabian Peninsula is on the offensive and has taken advantage of the anarchy prevailing in the country to make territorial gains and create sanctuaries.

“Yemen is a vast territory where local tribes have widely coalesced with jihadists,” said Dominique Thomas, an expert on Islamism at Paris’s School for Advanced Studies in the Social Sciences.

“It’s fertile ground for them, they can train and prepare foreign operations from there,” he said.

“They are expanding. Their leaders are in safe places and the only threat would be a US drone attack.”

In Africa’s vast Sahel expanse, Al-Qaeda in the Islamic Maghreb is operating under very limited pressure from regional states that have measly firepower and are poorly coordinated.

Its fighters hold foreign hostages, who are sporadically released for huge ransoms, and launch attacks against local forces but they have not yet been able to operate beyond their desert haven.

The Islamic State of Iraq, an umbrella for several insurgents groups that is affiliated to Al-Qaeda, has suffered several setbacks but it showed it was still a tangible threat when attacks in more than a dozen cities killed 74 people nationwide on August 15.

Beyond the danger posed by armed groups working for the spread of global jihad, a less predictable threat is growing: that of self-radicalised militants who turn to jihad on the Internet and are often invisible until it’s too late.

“It’s a different sort of threat. It’s not the same size as 9/11, but you don’t need another 9/11 to have an enormous impact on a country, or a geopolitical effect,” said Leiter.

The expert argued that the shockwaves Norwegian rightwing extremist Anders Behring Breivik sent across Norway and the entire region with his deadly July 22 “lone wolf” massacre proved the point.

“Look at the tragedy in Norway: look at what it will do to most of Europe. Small events can have strategic impacts,” he said.