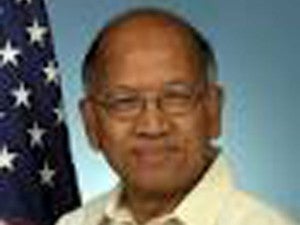 SUISUN CITY, California—Filipino-American Mayor Pete Sanchez may run for a seat on the Solano County Board of Supervisors 3rd District, Sanchez told FilAm Star in an exclusive interview.

Sanchez made his ambitions clear. “I’m set to run for re-election as Suisun City mayor,” he said. “But if current 3rd District County Supervisor Jim Spering declares in March 2014 that he is not running for re-election, I intend to jump into the fray for Solano County Supervisor.” The 3rd District encompasses the areas of Fairfield and Suisun City, in Northern California.

Sanchez added: “I have no problem running against anybody else. If Spering runs, I will support him as I have in the past, but if he retires, I will run for his 3rd District Supervisor post.”

According to a number of district political insiders, Spering is deciding whether to retire, or run for re-election. Others claim that there is another candidate lying in wait, a former mayor of Fairfield, who has been garnering political endorsements for a possible candidacy.

Sanchez succeeded Spering as the mayor of Suisun City in 2006. Spering’s term lasted for two decades, from 1986 to 2006. “I know the county government more than anybody else, having worked with Solano County as a mid-manager for 23 years until retiring in 2006,” Sanchez said.

“I have 12 years of councilman experience and I am now in my second term as Suisun City mayor. I’ve had enough experience in the city governance level to qualify me for county supervisor election.”

Citing many of his accomplishments, Sanchez emphasized that his strength is addressing the tough issues, in Suisun City, and throughout the district.

“Budgeting is where I am strong, having worked as an accountant, bank examiner, tax auditor and supervising appraiser for 32 years since passing the CPA exam in 1974,” said Sanchez.

Sanchez also cited recent actions: In respect to the Supreme Court decision on the Defense of Marriage Act (DOMA), which triggered the state’s allowance for same sex marriage:“I was ready as city mayor to officiate weddings at any date and time in Suisun City,” Sanchez said. “I’ve officiated a number of weddings, free of charge. I do weddings at City Hall, at the Suisun waterfront and even residences. It’s one of the things I love about being an elected mayor, seeing families celebrate weddings is a blast; of course I get fed well on all occasions.”

The other hot-button topic that Sanchez says sums up his qualifications has to do with an the ever-increasing health care debate.

“The other more recent hot topic in Fairfield-Suisun area is the race between Northbay Medical Center and Kaiser Permanente to be designated as Trauma 2 center. All city mayors in Solano County, including myself, endorsed Kaiser, and as a result we all got some ‘not-so friendly feedbacks’ from passionate North Bay supporters.”

He has been a Kaiser member for 34 years, he says. “I have to endorse Kaiser. I came to this country in 1980 and had to go straight to Kaiser Hayward from San Francisco International Airport to see my daughter who was born C Section, two days before I arrived here from the Philippines. My two other children were born at Kaiser Oakland and Kaiser Vallejo. I’m pleased with Kaiser.”

Sanchez graduated from the University of the East in Manila. After passing the CPA board exam, he worked with Banco Filipino and the Central Bank of the Philippines prior to immigrating to the US in 1980. He previously worked with the USAFR at the 55th APS in Travis Air Force Base in Fairfield, CA, Chevron and the California State Board of Equalization.

Before running for Suisun City mayor in 2006, he assumed the title of supervising auditor/appraiser at the Solano County Assessor-Recorder Office. If Sanchez runs and wins the 3rd District supervisor seat, he will be the second Filipino-American supervisor in Solano County.