China sends rescuers to Philippines after criticism over aid 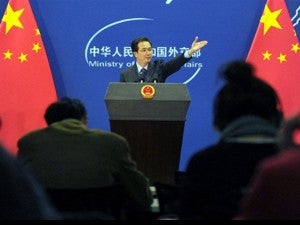 Foreign ministry spokesman Hong Lei said in a statement that the first batch of Chinese Red Cross relief workers will depart for the Philippines on Wednesday, and an additional emergency medical assistance team will be dispatched “within the next few days.”

The Philippines and international aid agencies are now largely focused on getting food, water, medicines and other badly needed supplies to hundreds of thousands of survivors, many of them in remote communities.

China’s response comes after a torrent of criticism of the meagre assistance initially offered by Beijing, which is embroiled in a territorial row with Manila.

China was “ready to send relief workers to the disaster-hit areas for humanitarian medical assistance in the spirit of healing the wounded and rescuing the dying,” Hong said in the statement, without specifying numbers.

A naval hospital ship, the 14,000-ton, 300-bed “Peace Ark,” will also sail for the Philippines “as soon as possible” to join the relief effort, Hong added.

The Chinese government, which disputes sovereignty over parts of the South China Sea with the Philippines, at first contributed just $100,000 in disaster aid in the wake of Yolanda, but last Thursday added an additional $1.6 million in supplies such as tents and blankets.

China’s contribution falls far short of Japan’s $30 million, $20 million from the US and even the $2.7 million in relief aid Swedish furniture group Ikea gave the UN children’s agency Unicef through its charitable foundation.

The move provoked widespread criticism overseas, but many Chinese Internet users, some of whom are intensely nationalistic, questioned whether Beijing should give any aid at all.

Yolanda killed more than 4,000 people in the Philippines, and went on to hit China itself.