Anderson Cooper thanks Filipinos for ‘showing us how to live’ 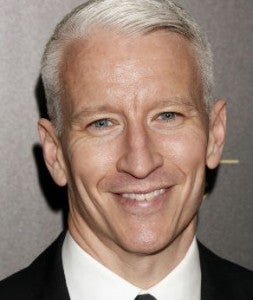 MANILA, Philippines — CNN broadcast journalist Anderson Cooper thanked the Philippines for “showing the world how to live,” in a broadcast on Saturday morning.

“Mabuhay Philippines. Maraming salamat for showing us all how to live,” Cooper said. Also, he said Filipinos would make it through for they have already survived the test.

Minutes after his live broadcast, Cooper was lauded by netizens.

Celebrity and TV host Bianca Gonzales (@iamsuperbianca) said, “Wow. So Powerful. Thank you.”  Also a tweet from, @paosiops said, “Thank you Anderson Cooper.”  In another tweet, an Overseas Filipino Worker Ella Ectobanez(@Stellaellabella) said, “Filipinos back home are just touchy. I think you’re great at what you do.”

Cooper has been in Tacloban City in Leyte, one of the hardest hit by Supertyphoon “Yolanda” (international codename: Haiyan) to report on the disaster and relief efforts by the government and international organizations.

His comments on the slow government response to the calamity drew mixed reactions on social media.