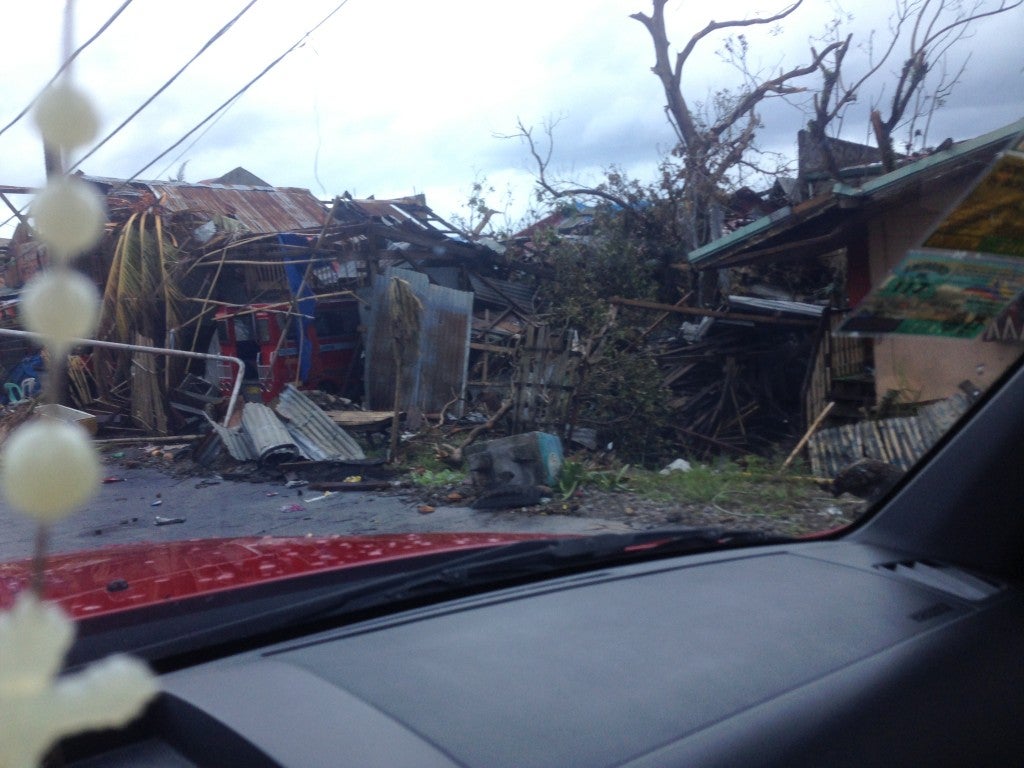 CEBU, Philippines—“We have a home here. My son is going to school here. We love it. This is a beautiful, beautiful, lovely country. I’m not worried about [typhoons].”

Bill Godbout, an American citizen who married a Filipino in Ormoc, Leyte, shared this with INQUIRER.net during an interview Wednesday in Cebu city as they were searching for a generator that they can use to restore electricity in their devastated home.

Godbout was married to his wife Grace in 2012. He was in the United States when super typhoon “Yolanda” (international name Haiyan) wreaked havoc across provinces in the Visayas region. Among the hardest hit provinces were Leyte and Samar.

Grace, who has been living in Albuera, Ormoc, for the past 10 years, said they initially thought there was no typhoon on the day “Yolanda” struck. 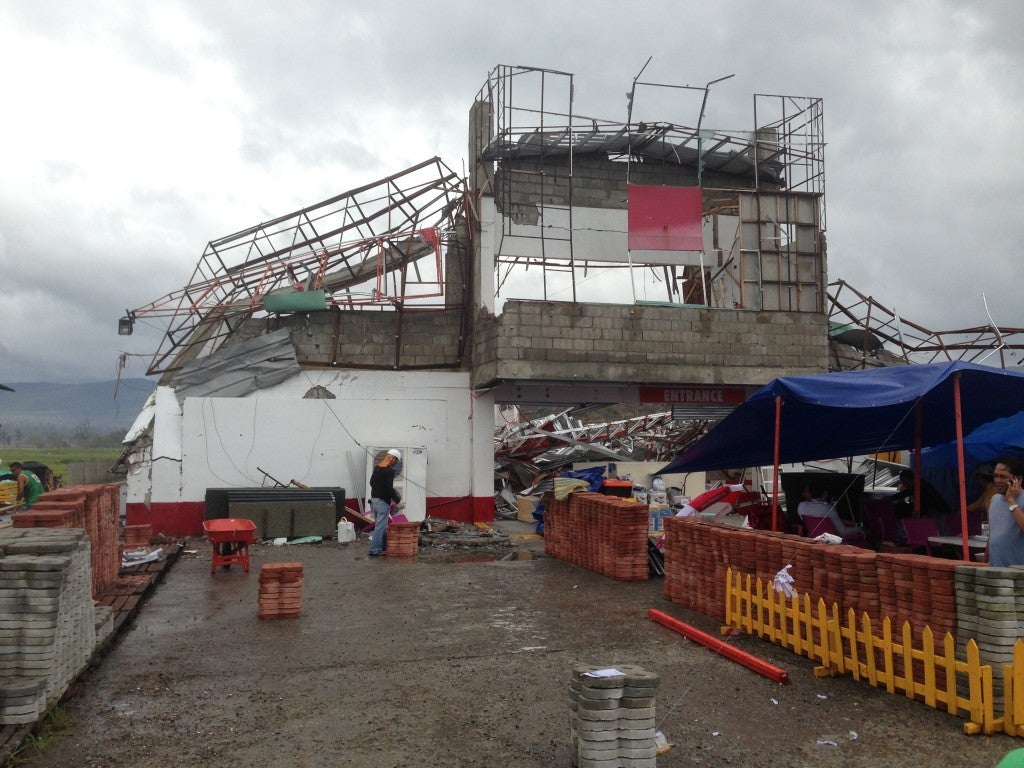 “[Around] 5 in the morning [the wind was weak and] we thought there was no typhoon. [But] exactly 6 am, the wind started getting stronger and stronger and the trees started falling and roofs [were] flying everywhere,” Grace, who was then with her mother, 53, and 5-year-old son, told INQUIRER.net.

“[Rain] kept coming into the house, I thought it was the end. We tried to stop the water but we can’t so we stayed in a corner and just watched everything. It was really scary,” she said.

They were able to stay inside their house, which managed to stand on its foundation, and hang on for their life until the winds and rain subsided.

When the typhoon had passed “everybody came out, looked around, and everything was devastated, and I thought that was the end for my son and myself, and of course my family. I was so scared,” Grace said.

Bill said he was frantic for a couple of days because there was no communication. When Grace finally managed to call him, he immediately got on the first flight into the country.

“Once I arrived on the island of Leyte, in Ormoc, the destruction is almost complete. I don’t think there are buildings there that are undamaged and there are many buildings that are still standing but thoroughly ruined,” Godbout said. 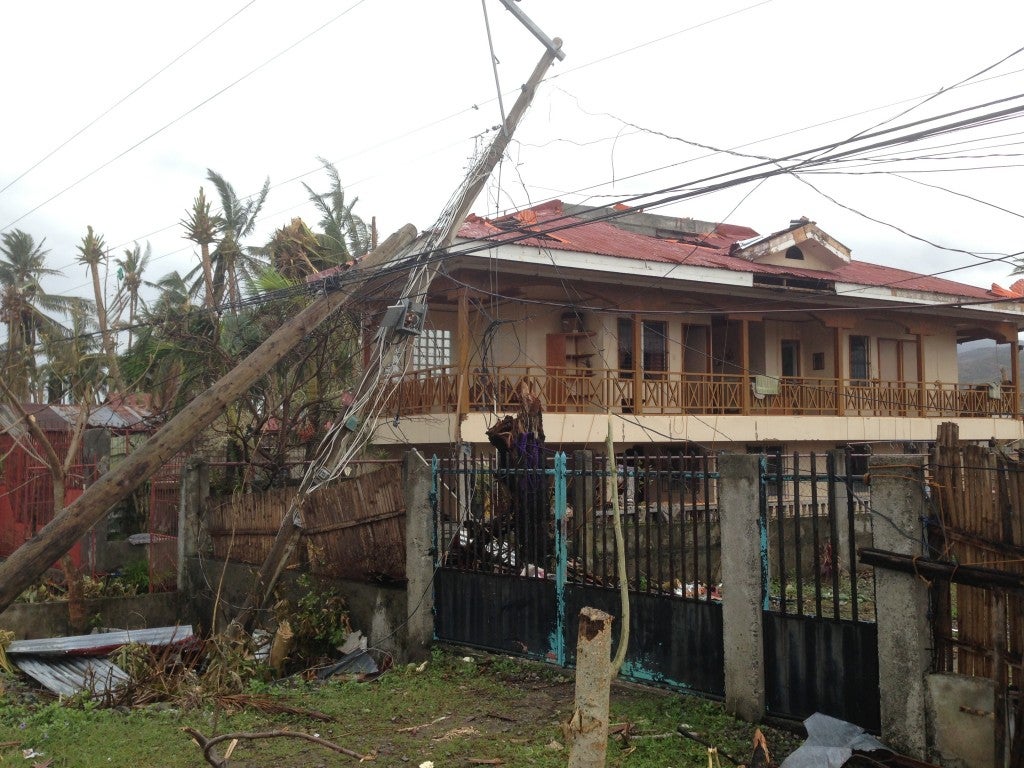 “About half of the buildings are down, totally destroyed, or just gone,” he said.

Asked about whether relief operations had reached their area, he said the only relief he saw being given was from private individuals.

“I didn’t see [relief operations from the government] but that doesn’t mean they weren’t there. There were private individuals coming in their pickup trucks handing out rice and food, and there were a lot of people there that hadn’t eaten in three or four days,” Godbout said.

“Thank God some people had the resources to be able to get a little bag of rice, a sandwich or something, to pass out to people,” he said.

Asked about recent calls in the international community to reduce greenhouse gas emission in order to curb climate change, Godbout said he was skeptical about it.

They will return to their house in Ormoc and rebuild their life anew. “We’re really trying to stitch back our lives here in the Philippines,” Godbout said. “People are resilient, they recover.”

‘Yolanda’ knocks out power in Visayas