WASHINGTON—Nature and man together cooked up the disaster in the Philippines.

Geography, meteorology, poverty, shoddy construction, a booming population and, to a much lesser degree, climate change combine to make the Philippines the nation most vulnerable to killer typhoons, according to several scientific studies.

And Supertyphoon “Yolanda” (international name: Haiyan) was one mighty storm.

Yolanda slammed the island nation with a storm surge two stories high and some of the highest winds ever measured in a tropical cyclone—314 kilometers per hour as clocked by US satellites, or 237 kph based on local reports.

“You have a very intense event hitting a very susceptible part of the world. It’s that combination of nature and man,” said tropical meteorology professor Kerry Emanuel of the Massachusetts Institute of Technology (MIT). 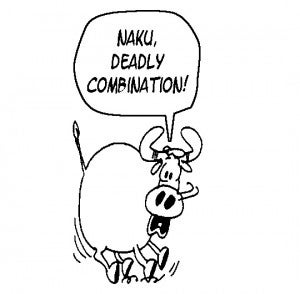 “If one of those ingredients were missing, you wouldn’t have a disaster.”

The 7,000 islands of the Philippines sit in the middle of the world’s most storm-prone region, which gets some of the biggest typhoons because of vast expanses of warm water that act as fuel and few pieces of land to slow storms down.

Half the storms on an informal list of the strongest ones to hit land in the 20th and 21st centuries ended up striking the Philippines, according to research by Jeff Masters, meteorology director of the Weather Underground.

Storms often hit after they’ve peaked in strength or before they get a chance to, but Yolanda struck when it was at its most powerful, based on US satellite observations, Emanuel said.

University of Miami hurricane researcher Brian McNoldy figures that 75 to 80 percent of the devastation can be blamed on the human factor.

Meteorologists point to extreme poverty and huge growth in population—much of it in vulnerable coastal areas with poor construction, including storm shelters that didn’t hold up against Yolanda.

The population of the devastated provincial capital of Tacloban City nearly tripled from about 76,000 to 221,000 in just 40 years.

About one-third of Tacloban’s homes have wooden exterior walls. And one in seven homes have grass roofs, according to the census office.

Those factors—especially flimsy construction—were so important that a weaker storm would have still caused almost as much devastation, McNoldy said.

“You end up with this kind of urban time bombs, where cities have doubled, tripled, quadrupled in size in 50 years” without good building standards, said Richard Olson, director of the Extreme Events Institute at Florida International University. “It is, I hate to say, an all-too-familiar pattern.”

Scientists say man-made global warming has contributed to rising seas and a general increase in strength in the most powerful tropical cyclones.

But they won’t specifically apply these factors to Yolanda, saying it is impossible to attribute single weather events, like the typhoon, to climate change.

A 2008 study found that in the northwestern Pacific, where Yolanda formed, the top 1 percent of the strongest tropical cyclones over the past 30 years are getting stronger each year—a phenomenon some scientists suspect is a consequence of global warming.

“The strongest storms are getting stronger” said study coauthor James Kossin of the National Climatic Data Center. Yolanda “is what potentially could be a good example of the kind of the things we’re finding.”

Philippines has it all

Similarly, the Philippines has seen its sea rise nearly half an inch in the past 20 years—about triple the global increase, according to R. Steven Nerem of the University of Colorado. Higher sea levels can add to storm surge, creating slightly greater flooding.

Just as human factors can worsen a disaster, they can also lessen it, through stronger buildings, better warnings and a quicker government response.

Emanuel said poverty-stricken Bangladesh had much bigger losses of life from cyclones in the 1970s than it does now. The international community built strong evacuation shelters that get used frequently, he said.

“The Philippines is one of the most disaster-prone places on Earth,” said Kathleen Tierney, director of the Natural Hazards Center at the University of Colorado.

“They’ve got it all. They’ve got earthquakes, volcanoes, floods, tropical cyclones, landslides.”