The Second Coming of Filipinos to America

Filipino communities throughout the US are celebrating the month of October as Filipino American History Month by commemorating the 426th anniversary of the landing of Filipino crewmen (“Luzon Indios”) on board the Nuestra Senora de Buen Esperanza in Morro Bay, California on October 18, 1587. There are historical markers in Morro Bay and state and federal proclamations to inform the public about Capt. Pedro de Unamuno’s historic voyage from Manila to Macao and thence to Acapulco by way of California. Unamuno’s ship was the first Spanish vessel to land in what is now California, which was discovered by Native Americans.

What is often said about beauty queen contests or sports competitions also applies to historical events. People generally don’t know who came second. For example, do people know about the second group of Filipinos to set foot in California? 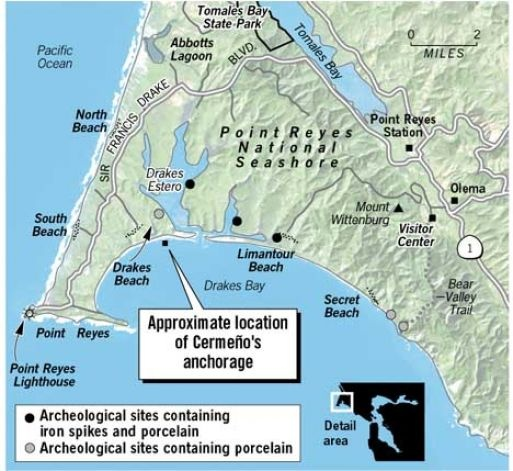 After Morro Bay, the next recorded group of Filipinos to reach California landed in Point Reyes in what is now Marin County across the bay from what is now San Francisco. They arrived on November 6, 1595, an event that is not marked by any commemorative plaque or official proclamation. It is an event so obscure it is not even listed in the Wikipedia History of Filipinos in America. [Wikipedia lists the next arrival of a Filipino in California as 1720 when Gaspar Molina, a Filipino from Pampanga province, arrived to oversee the construction of El Triunfo de la Cruz, the first ship built in California].

But the Point Reyes landing of Filipinos in 1595 will not be obscure much longer.

A new documentary film entitled “The San Agustin: California Shipwreck” by independent filmmaker George Thelen is set to be aired on public television this coming December and January. The hour long documentary will cover the 250-year history of the Manila Galleon trade and the journey of the legendary ship, San Agustin which was wrecked off Point Reyes, California in 1595.

The Marin History Museum, which is a sponsor of the film, describes the fate of the San Agustin as follows: “More than 70 men were stranded in an unfamiliar land with little more than the clothes on their back when the San Agustin went down off Point Reyes in 1595. The Captain, Sebastian Rodriguez Cermeno, would pilot the surviving crew more than 1500 miles back to New Spain (Mexico), using only a small craft the galleon had carried with her for exploration, saving all but their dog.”

The Spanish colonization of the Philippines began in 1565 when Capt. Miguel Lopez de Legaspi arrived with several galleon ships from Acapulco, Mexico. Accompanying Legaspi was Fr. Andres de Urdaneta who returned back to Acapulco and then traveled all the way to Madrid to personally inform King Philip II of the rich potential of the galleon trade between Mexico and the Philippine Islands.

The Spanish king endorsed the recommendations of Fr. Urdaneta and the Manila-Acapulco Galleon Trade became a prime source of revenue for the Spanish monarchy. (By the early 17th century, the value of this trade exceeded the value of the Atlantic trade between Spain and the western hemisphere). 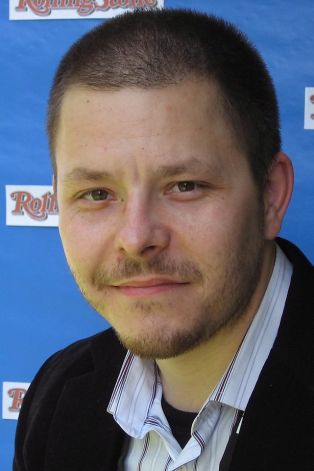 After establishing Spanish control of the archipelago, Legaspi determined that its chief value would be to pick up Chinese goods, brought to Manila from China, and transport them to Mexico and then to Spain. In exchange, the Chinese merchants were paid with silver the Spaniards obtained from their mining in the New World and this became the main trade currency.

To facilitate the transport of the Chinese goods to Acapulco, Spanish galleon ships would have to be constructed in the islands by conscripted natives known then as “Luzones Indios” who would also compose the ship’s crew. More than 110 galleon ships would be constructed in the Philippines (mostly in Cavite and Leyte) in the 250 years of the galleon trade.

The first locally made galleon ship to leave Manila for Acapulco was the San Felipe which sailed from Manila less than a year after Legaspi’s colonization of the islands. But the San Felipe was lost without a trace somewhere in Baja California, Mexico in 1567.

After Capt. Pedro de Unamuno’s voyage in 1587, the next galleon ship to leave Manila for Acapulco was the Santa Ana which was filled with gold extracted from Philippine mines. Unfortunately, the Santa Ana was hijacked by English pirates off the coast of Mexico.

Despite the constant threat of shipwrecks and hijackings, the Manila-Acapulco galleon trade in Chinese goods flourished.

In 1595, the galleon ship San Agustin left Manila for Acapulco with a cargo of 130 tons of Ming Dynasty porcelain, silk, and other trade goods from China via Manila. The ship was staffed by a crew of Filipino mariners and Spanish soldiers led by Capt. Sebastian Rodriguez Cermeno.

The Spanish soldiers on board the San Agustin urged their captain to quickly resume the voyage to Acapulco but Captain Cermeno rejected their pleas as wanted to explore the land that was not in any of their charts. As he set down to explore the land, he made contact with the local natives, the Coast Miwoks, who lived in about six villages in the area. Capt. Cermeno gave them cloths and other gifts while the Miwoks reciprocated with gifts of seeds and a banner of black feathers. 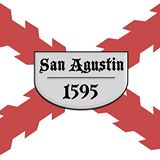 Capt. Cermeno and his Spanish soldiers were not the first white men the Miwoks had encountered. Sixteen years earlier, on June 17, 1579, they had welcomed Sir Francis Drake and his crew of English privateers on board The Golden Hind which had docked on their land for food and supplies. Drake had named the land “Nova Albion” but he had no intentions of exploring and colonizing the land as he was on his way to circumnavigating the globe, pillaging Spanish galleon ships he encountered along the way.

At Capt. Cermeno’s direction, the Filipino crewmen assembled a small launch on the beach to explore the shallow waters nearby. Unlike the Filipinos with Capt. Unamuno who explored Morro Bay, the Filipinos with Capt. Cermeno stayed at the bay for three weeks. They would have stayed longer but unfortunately, a storm came, which pulled the ship’s anchor up and propelled the ship to the rocks, killing a dozen men, including a priest. It is likely that Filipinos were among the dozen men killed but there is no historical record of their names.

As to what happened to the precious cargo of the San Agustin, according to Carl Nolte (“400th Anniversary of Spanish Shipwreck”, San Francisco Chronicle, November 14, 1995), “the Miwoks picked up the cargo, slept on the silk meant for the royalty of Europe, ate from the priceless blue porcelain of the Wan Li period of the Ming Dynasty”.

Captain Cermeno and his remaining crew then built a larger launch from the materials they could find in Point Reyes and sailed out to Acapulco, which they reached without losing a man. The crew reported, however, that they had to eat their dog to survive.

The 420th anniversary of the landing of the San Agustin in Point Reyes will take place on November 6, 2015.Perhaps a commemorative plaque, similar to what was installed in Morro Bay, can also be set in place to mark the hitherto unknown historic event. 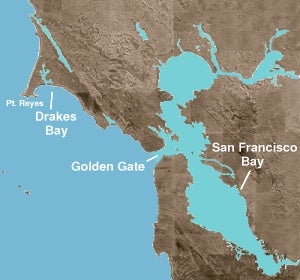 Addendum. After reading the draft of this article, Mel Orpilla of the Filipino American National Historical Society (FANHS) immediately contacted key officers and members of FANHS about the project to install a commemorative marker in Point Reyes. Mel also set up an appointment to meet with Greg Sarris, the chairman of the Federated Indians of Graton Rancheria, formerly known as the Federated Coast Miwok. By coincidence, Greg’s father is Emilio Hilario, a Filipino Miwok, and according to Mel, Greg is not the only Filipino Miwok in the Graton Board.

An idea that divides the nation