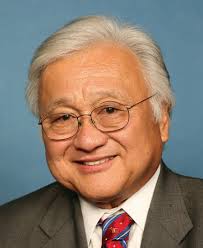 Honda is facing a challenge by fellow Democrat Ro Khanna of Milpitas.

Kaya evolved from the Filipinos for Obama (FFO) campaign in the Bay Area, which sought to create a national voter mobilization for then-2008 presidential candidate Barack Obama.

In a few short months, Filipinos for Obama reached out to around 25,000 voters throughout the country and had the highest voter-to-voter contact among Asian-American and Pacific Islander ethnic groups.

The organization transitioned into a political mobilization organization called “KAYA: Filipino Americans for Progress.” “Kaya Natin” in Tagalog means “Yes, We Can!”

KAYA’s volunteers, donors and community partners work together to build partnerships to increase Filipino-American electoral representation, advocate for policies that benefit their community and promote and develop progressive leaders at every level of government.

“To KAYA’s grassroots members, I say ‘Maraming salamat’ for your vote of confidence,” said Representative Honda. “I am committed to continue working with the Fil-Am community to achieve even more in the areas of health care, family reunification and reconciliation.”

Assemblymember Rob Bonta, the first Filipino-American elected to the California State Legislature, said, “We need champions like Congressman Mike Honda to be there, fighting for what’s right and pushing the debate forward. His leadership on comprehensive immigration reform, especially advancing family reunification, has been crucial for Filipino American families across the country.”

Alice Bulos, known as the “Grandmother of Filipino-American Politics” for her decades-long service as a leading voice for increasing Fil-Am political participation, said,  “Mike Honda is never afraid to stand up for justice. For over 60 years, thousands of Filipino World War II Veterans had been denied compensation for their loyal service to this country. Mike worked tirelessly to correct this historical wrong and succeeded in delivering the compensation they deserved. The Filipino-American community is grateful for Mike’s continued leadership in Congress.”

“It is my great honor to support Congressman Mike Honda, who I’ve known for over 15 years since my days as an educational equity professional working as a TRIO Upward Bound Director,” said Ron Muriera, a community advocate who serves on the City of San Jose’s Arts Commission. “As a former educator, he knows the importance of educational equity and access for all students.”