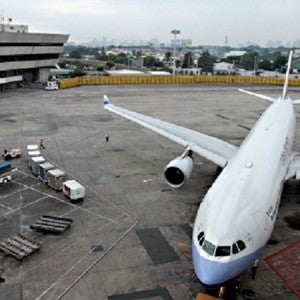 MANILA, Philippines — Around 100 international and domestic flights scheduled for Wednesday and Thursday have been canceled to give way to a scheduled 30-hour repair and upgrade of the radar system of the Ninoy Aquino International Airport.

Several airlines such as the Philippine Airlines, PAL Express, Cebu Pacific and Zest Air canceled their flights citing the issued advisory of the Civil Aviation Authority of the Philippines (CAAP) on the scheduled radar system upgrade at the NAIA, the airport’s media affairs office said.

PAL canceled its 16 round-trip flights from Manila to Davao and Cebu and back while PAL Express, sister airline company of PAL, grounded its 28 domestic round-trip flights to Caticlan Manila, Legazpi, Dumaguete, Cagayan, Zamboanga. Kalibo, Tacloban, Cotabato, Bacolod, Ozamiz, and Iloilo and back.

In its statement, Cebu Pacific advised the passengers on the canceled flights that they have the option to rebook with no penalties within 30 days or get a full travel fund or full refund.

Andrews noted that the “scheduled preventive maintenance procedure” has been previously discussed with the officials of the Department of Transportation and Communications and all airlines operating at NAIA.

CAAP issued a Notice-to-Airman (Notam) on Sunday citing the restrictions in the landing and take-off procedures.

The air traffic controllers, thus, have limited the number of aircraft under its control to 11 arrivals and 11 departures per hour, Andrews explained.

The radar facility guides the air traffic, particularly the safe landing and takeoff of aircrafts at the NAIA.