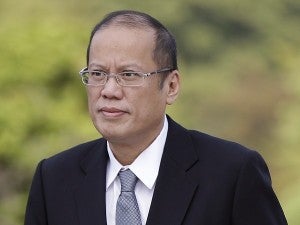 MANILA, Philippines — President Aquino is keeping his cards close to his chest on whether the Philippine government would pursue its claim on Sabah during the remainder of his term.

The President also initially shrugged off, on Wednesday, reported cases of human rights violations committed against Filipinos in the resource-rich Malaysian territory.

But when pressed on the issue during a forum with foreign correspondents, he relented, saying: “I am now curious and I will have a review of all the steps that have been undertaken.”

Aquino indicated that reviving the Philippine claim on Sabah would depend on the results of the study he had ordered earlier in 2013.

“Assuming that the further study says that we have a strong case,” he said in response to one reporter’s question on whether the government would pursue the claim under his watch.

At present, he told the reporter that the “knowledge that I have, I think, is also the knowledge you have and you can judge for yourself whether or not we have a strong case.”

The President declined to elaborate on the government’s strategies on the Sabah claim, saying it would put the country at a “disadvantage.”

“You’re asking me to state the weaknesses and strengths of our position at a point in time when we may considerably be negotiating with the other party,” he explained.

“Your portrayal versus the reports that I am getting seemed to be widely disparate and I will have a review of the same,” he replied.

Such cases were initially reported after followers of the late Sultan Jamalul Kiram III of Sulu launched an armed attack on Sabah early this year.

The group led by Kiram’s younger brother Agbimuddin Kiram were eventually driven out, a number of them killed and several others jailed.

The elder Kiram, 75, died last Sunday after a long bout with diabetes.