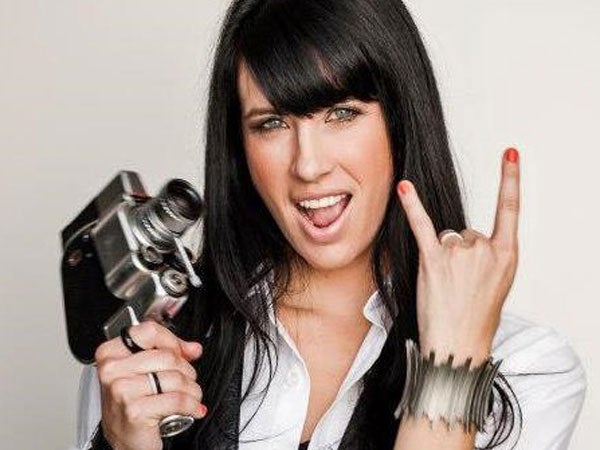 LOS ANGELES—NextDayBetter, the TED Talks-type platform for Filipino-Americans, opened recently amid high expectations from a contingent of Fil-Am cognoscenti at the trendy Busby’s East—and delivered.

While the pre-talks promotion did not trumpet “transcending, inspiring ideas worth spreading” in the order of globally popular TED Talks conference, the expectations were more than met by the inspiring messages from the speakers coming in from inspiring lives in Los Angeles.

All three commanded the attention of an audience of close to a hundred who were treated to remarkable stories of achievement.

Ed Angeles’ story began as a young immigrant aboard the last plane out of Manila just as martial law was declared in the Philippines in 1972. He grew up in the San Francisco area to become a lawyer and, in a visit back to Manila on the heels of a successful law career in public service as LA senior assistant city attorney, fittingly got to meet Philippine President NoyNoy Aquino, the son of the assassinated martial law era hero, Senator Ninoy Aquino. His message to the young Filipino-Americans: “Follow your dream, be good at what you do because the future of the community is in your hands.” 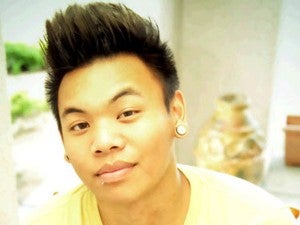 AJ Rafael is a story of a promising Filipino-American youth’s budding songwriting-singing career breaking out of stifling stereotypes prevalent in the performing industry where minorities are relegated with routine regularity to the margins of a very competitive environment. AJ is carving for himself his own opportunity to showcase his musical talents and ambitions and to provide the avenue to be who he wants to become—an all-American musical and recording star. For now, with a career via YouTube, that social medium that has catapulted many fledgling artists to full stardom, it’s easy to believe he will be a force to reckon with, as his optimism and determination show through his music.

Megan Pinsonneault was introduced to the Philippines through the Peace Corps. She made a heart-warming journey of hope, braving the unfamiliar Philippine countryside to give a better life to a Filipino family in a fishing village in rural Philippines.

Megan organized and raised funds for a life-changing surgery of the young child suffering from a cleft-lip condition. Megan was also instrumental in having a Philippine boat manufacturer donate a fishing boat for the family’s lifeline to a productive and self-sufficient future. Today, she is a film producer intending to do good for the Philippines and to focus on Philippine education and culture.

The idea of NextDayBetter was brought about by the noticeable lack of Filipino faces in the many conferences on social innovation, entrepreneurship and similar creative events, which Ryan and some friends had been attending.

“I am sure it was not for a lack of talent but because they (Filipinos) are not getting the chance to shine, to show how they can help change the world,” said Ryan, “so a platform for Filipino-Americans like myself need to have, to showcase their talents and abilities toward creative problem solutions.”

Ryan welcomed the inevitable comparison with TED (Technology, Entertainment, and Design) Talks, that vastly popular speakers’ conference that has featured speakers from all over the world with ideas inspiring, innovative and even revolutionary, which grew from an annual event in Long Beach, California, into a global network of speakers with a year-round calendar for “inspiring ideas worth spreading.”

But he also distinguishes NextDayBetter from TED: “First, it is for Filipinos and non-Filipinos with ideas inspired by the community and second, we intend to build a community of talent, activate and mobilize it towards creating a solution. We want it to be action-oriented,” said Letada, perhaps aware of some quarters’ misgivings about TED not effecting any visible results in the world despite coming out with “ideas worth spreading” in its now ubiquitous talk platforms.

“Also, Filipinos and innovation are not synonymous, and I want to change that language, to show that Filipinos inspire incredible products,” added Letada. “Just look at how they construct four-story buildings that withstand typhoons with electricity in it. . . .That’s a lot of creativity and use of innovative resources … Why not highlight that?” he asked rhetorically.

The Los Angeles event was organized by local organizing talents Krizia Medenilla and Krystal Menez who are the official NextDayBetter curators principally responsible for bringing talents and speakers together and building the network in Los Angeles.

NextDayBetter has a website, NextDayBetter.com, for those individuals interested in joining this community whose mission is to make the next day better for Filipinos around the world.

PAL to let go of 2,700 employees as pandemic beats up airline