Deadliest earthquakes in Asia since 2010 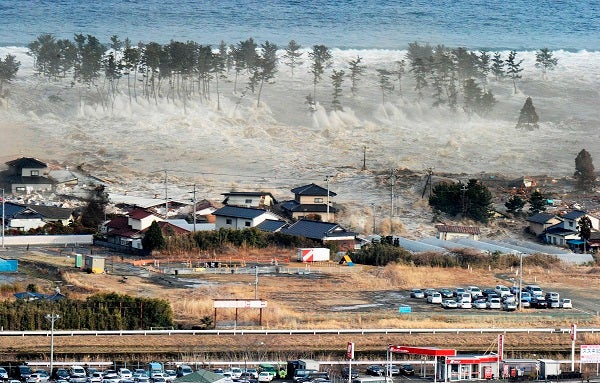 CEBU CITY, Philippines — Below is a list of the deadliest earthquakes to hit the Asian continent since 2010, after a major quake rocked the Philippines on Tuesday, killing at least 85 people.

September 24: PAKISTAN — A quake of 7.7 magnitude kills 376 people when it strikes Baluchistan province.

July 22: CHINA — 95 people are killed and more than 1,400 injured in twin earthquakes in Gansu province in northwestern China. Magnitudes 5.9 and 5.6.

April 20: CHINA — A 6.6-magnitude quake leaves 196 people dead, 21 missing and more than 13,000 injured when it hits Sichuan province, on the edge of the Tibetan plateau.

April 16: IRAN/PAKISTAN — A 7.8-magnitude quake centered in Iran leaves one dead there and 40 more across the border in Pakistan’s Baluchistan.

September 7: CHINA — At least 81 people are killed in a series of earthquakes that hit a remote, mountainous area of southwest China on the border of Yunnan and Guizhou provinces.

February 6: PHILIPPINES — A 6.7-magnitude quake triggers landslides, destroys homes and kills at least 52 on the heavily populated islands of Negros and Cebu.

March 24: MYANMAR — At least 74 are killed when a 6.8-magnitude earthquake strikes near the border between Thailand and Laos.

March 11: JAPAN — Nearly 18,900 are killed when a tsunami triggered by an undersea quake slams into the northeast coast, triggering a nuclear crisis at the Fukushima Daiichi atomic plant. Magnitude 9.0.

October 25: INDONESIA — At least 400 people die after a tsunami triggered by an earthquake of 7.7 magnitude smashes into a remote island chain off western Sumatra.

Deadliest earthquakes that shook the Philippines

The deadliest natural disasters in the Philippines