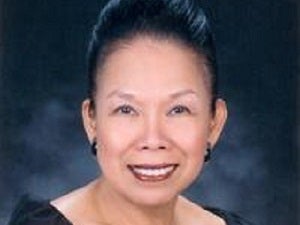 MANILA, Philippines—Commission on Higher Education (CHEd) chair Patricia Licuanan defended Thursday the CHEd’s nearly P2 billion annual research grant to select American and Filipino faculty members even as she acknowledged that two newly retired commissioners as well as her finance and administration chief have expressed reservations about it.

Licuanan said the oppositions have prompted the CHEd to seek the legal opinion of the Department of Justice before formalizing the arrangement with the newly organized Philippine-California Advanced Research Institutes (PCARI).

She said the CHEd wants to have the memorandum of agreement signed soonest so her office can use the P1.763 billion funding allocated for the PCARI project in CHEd’s budget this year, as well as the P1.9 billion earmarked for the project next year.

The research grant for PCARI, which is identified with Filipino Silicon Valley entrepreneur Dado Banatao, will get the lion’s share of CHEd’s annual budget and will run for five years.

“Recently, they got a bit concerned because they were part of an Ombudsman case involving another project, so they naturally became very cautious,” Licuanan said, referring to former CHEd commissioners Nona Ricafort and Nenalyn Defensor, whose terms ended last July 20 and were replaced last month.

The commissioners, however, did not say the grant was anomalous, Licuanan said.

But late afternoon on Thursday, Licuanan said Defensor assured her that she did not share Ricafort’s misgivings.

CHEd director for finance and administration Carmina Alonzo, on the other hand, “panicked and overreacted” after Ricafort suggested that they could be charged with plunder, Licuanan said.

But Alonzo also assured her late Thursday afternoon that she is not against the project, she said.

The misgivings stem from how PCARI was pre-selected as the sole recipient of the multibillion-peso funding for the “research and scholarship project” included in CHEd’s budget.

The grants will be controlled by PCARI and given to select faculty of the University of California Berkeley (UCB), where Banatao and his wife sit in advisory bodies, and UC San Francisco (UCSF) and to their counterpart Filipino scientists from top universities and research institutions here.

The PCARI website had listed Budget Secretary Florencio “Butch” Abad and Licuanan as members of PCARI’s directive committee along with Dado Banatao and his son Rey Banatao.