‘Megan Young embodies the best of Philippines, US,’ says envoy 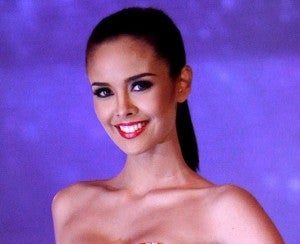 MANILA, Philippines — She hails both from the Philippines and the United States and embodies the best of both sides.

US Ambassador to the Philippines Harry Thomas Jr. had this to say about Amerasian Megan Young, the Virginia-born and Olongapo-raised actress who made history Saturday night when she became the country’s first ever Miss World title holder.

He earlier congratulated Young via Twitter, mentioning her birthplace Alexandria, Virginia, in his congratulations. Young, 23, was born to an American father and Filipino mother in 1990 and moved to Olongapo City at age 10. She has since remained in the Philippines and pursued a career in show business.

“She represents both of our countries as a Filipino-American in so many ways: intelligence, beauty — I know something about beauty in the Philippines I tell you — poise and never quitting,” said Thomas, known to have met his Filipino girlfriend Mithi Aquino during his tour as envoy here.

Speaking about the affair of the night, Thomas cited one more thing common between the US and the Philippines — a free press, and the transparency it has afforded governance.

He shared a story from a trip to Hawaii in 2012 just as the state braced itself for an incoming hurricane. At the time, he was with people from around Asia, including China and Singapore where state control of media has long been a tradition.

“And that’s why we never say we have to have all the questions in advance (for media interviews), [or that] we can’t be asked certain things. We have to be able to defend ourselves and our policies, and that is important. ‘Cause the press, social media, all those, are making changes,” said Thomas.

He cited netizens’ posts on the US Embassy’s official Facebook page, where Embassy personnel engaged social media users with the question: “If you had a chance to tour President Barack Obama around the Philippines, where would you take him and why?”

Obama is scheduled to visit Manila next week, on October 11 and 12, to meet with President Aquino for wide-ranging discussions on Philippine-US ties. Obama is the eighth US President to visit the Philippines, following George W. Bush who came here for a whirlwind trip in 2003.

“People have been saying all kinds of things. Not only do they want to take him to other parts of the Philippines, like Palawan, Boracay all those beautiful beaches. But they also say they want him to investigate, terminate corruption. That’s not his job, but it’s reflective of the passion you have in your ability to say things without fear of retribution,” said Thomas.