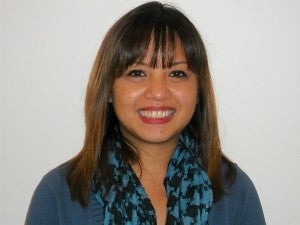 This can pose a challenge to providers of palliative care who must deliver comfort care with sensitivity to seriously ill or dying Filipino patients.

“Only God can decide when life ends” is why many seriously ill Filipino immigrant patients and their family members tend to balk at approving advance care directives to physicians, for example.

Advance directives completion rates among patients were a low ten percent, according to one study, most probably due to their religious belief that illness is pre-destined, thus making the directives pointless.

Many Filipinos have fatalistic views or “bahala na” (what will happen happens, it’s God’s will) when confronted with serious or life-threatening illness.

This is a common finding in the growing body of research in the United States supporting a “culturally competent” delivery of palliative care.

Palliative care administered by an interdisciplinary team prevents or manages symptoms and pain from serious illness is the fastest growing trend in health care in the United States, where the population of elderly is increasing.

Palliative care is meant to improve the patient’s quality of life, whether or not cure can be achieved. Hospice care is one of its components.

The studies invariably prescribe a sensitive approach by palliative care providers towards patients’ language, culture and traditions in order to ensure their dignity and comfort in what could be their remaining days.

Hoping for a miracle

Patel observes that the tendency to eschew palliative care is often based on religious belief, including divine healing.

She says terminally ill Filipino patients she encountered often asked for “really aggressive care” regardless of discomfort, usually hoping for a miracle.

Indeed, a small qualitative 2007 research on elderly female Filipino immigrants in Vallejo, California, by R. Verder-Aliga, published in the Journal for Filipino Studies, showed that most of the participants believed that certain illnesses that could not be treated by modern medicine could be cured through divine intercession.

Mr. Bautista and his wife found it difficult to shift their hopes from cure to comfort care because he strongly believed he was just being tested by God, and that miracles could happen.

Prayers, novenas, even pilgrimages to holy sites, are common weapons in a Filipino patient’s arsenal for healing.

Religious beliefs can sometimes roil family dynamics, especially if there are generational and cultural differences within the family.

The case of Michael Cantos, a 15-year-old Filipino American who had recurrent metastatic Ewing sarcoma, was cited by Polly Mazanec and Mary Kay Tyler in “Cultural Considerations in End of Life Care,” American Journal of Nursing, March 2003.

Cantos was becoming distressed that his maternal grandmother kept praying the rosary by his bedside, which he didn’t think would do him or her any good.

His palliative care providers saw that their challenge was to find a way of mediating without upsetting him and his grandmother. They had become aware that harmonious family support is very important to Filipino patients. 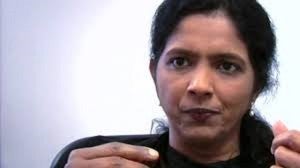 One study found that patients and family caregivers named two important aspects of a peaceful death–the family’s willingness to take care of the patient and belief in God (Romulo Virola, National Statitistical Coordination Board, 2010).

When Willie Briones’ father, 94-year-old Gonzalo, was diagnosed leukemia, he called his family together for counsel.

“He wanted to make sure that everybody was with him and supported his preference for hospice instead of seeking treatment, which he thought would only make him suffer needlessly,” said Briones, a San Francisco resident.

Care providers, therefore, must treat the Filipino family “as a unit of care, which is different from the western mode,” cautions Dr. Periyakoil, director of Stanford University’s Palliative Care Education and Training Program.

Health care professionals also report the so-called “salmon effect” in which immigrant patients living in California and using the state’s end-of-life-care resources return to their home country to die.

“I’ve had at least two elderly Filipinos that we recommended for hospice disappear on us,” says an Oakland-based physician’s assistant who requested anonymity. “I found out later that they died in the Philippines.”

Expectations of support from an extended family often spur the decision to spend one’s last days in the Philippines. And there is a traditional value that encourages this option.

A 2003 study by the Asian American Federation of New York found that among all Asians, Filipinos tend not to view care-giving responsibility as a burden, or depending on other people for care to be a serious problem.

“Patients I know who went home to the Philippines instead of going into hospice went home because they had limited resources here,” says Patel, “that’s having few or no family members here, or limited financial means.”

Opting for the hospice care, a component of palliative care, is another decision a terminally ill patient must make, and for dying Filipino patients–and their family members–it can be a touchy subject

Asian Americans, including Filipino American older adults, were less likely to enroll in hospice care. This was the finding of a large retrospective study on the last year of life of Asian-American Pacific Islander and white Medicare beneficiaries registered in the Surveillance, Epidemiology, and End Results Program.

“Hospice care is seen as giving up,” explains Patel. “One of our patients who could no longer eat and needed assistance breathing still insisted on being taken to an acute care hospital instead of hospice,” she adds.

And in one case, Patel says, when a patient dying of stage-four cancer wanted to be moved to hospice care, “family members got upset.”

Many Filipino patients, she reports, accept hospice only when they are “totally burned out by treatment, and just a few days before dying.”

Like other Asians, Filipino patients tend to prefer dying at home, where approximately one-quarter of California deaths in 2004 occurred at home instead of a hospice facility, according to the Center for Health Statistics.

Patel says her palliative care staffers have received training and continue to train. Many of the staff members are Filipinos, who tend to become close to their patients and are themselves often affected by the deaths.

The staff gets additional support, she explains, like support groups for patients and staff, and confidential discussions with counselors.

“Even my own family would still be worried and uncomfortable about putting my grandma in palliative care and hospice,” she admits, “and that includes me,” she adds, laughing.

This is the second and final part of a report Rene Ciria-Cruz wrote through a New America Media fellowship sponsored by the California Health Care Foundation.