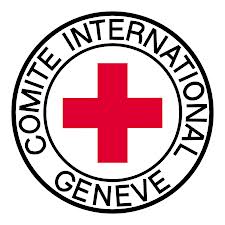 MANILA, Philippines -—With the conflict between government and the Moro National Liberation Front (MNLF) in Zamboanga City going into its fourth day, the International Committee of the Red Cross (ICRC) has expressed its concern for the civilians caught in the crossfire.

“We are closely monitoring the evolving situation in Zamboanga. Fighting is taking place in an area of the city where many civilians may still be living,” Pascal Mauchle, head of the ICRC’s delegation in the Philippines, said in a statement Thursday.

“We call on those involved in the fighting to act with extreme caution to ensure civilian life and property are spared at all times,” he said.

The ICRC, citing reports obtained by the Philippine Red Cross (PRC), said that more than 10,000 people have been displaced by the armed violence.

The armed group took over several villages and was reportedly holding more scores of civilians hostage.

Sporadic gunfights have been reported over the past couple of days as the Armed Forces of the Philippines (AFP) and the police keep the rebels from going into other nearby villages.

ICRC said that they have allocated 27,000 daily rations through the local Red Cross branch in the city. Also appropriated were 50 tarpaulins that will serve as basic shelters.

“In addition, the ICRC is supporting the temporary medical hospital that has been set up in Western Mindanao State University to care for the wounded and the sick,” it said. “The organization has furnished it with enough medical supplies to treat 50 weapon-wounded people and provide general care for approximately 1,000 patients.”

“The PRC has deployed two ambulances and about 45 volunteers to assist the local population. Besides setting up kitchens in the various evacuation centers, and distributing hot meals, the Red Cross branch in Zamboanga has installed a water bladder in the Joaquin F. Enriquez Memorial Sports Complex to ensure the provision of drinking water for the displaced,” ICRC said.