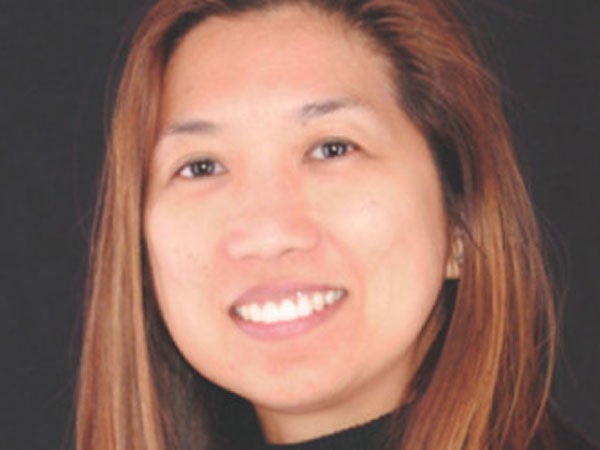 Her Philippine based-company has worked on some of the world’s most famous video games—“Call of Duty: Black Ops” and “Modern Warfare,” “Heavy Rain,” “Mortal Kombat” and “Injustice: Gods among Us.”

Fil-Am Marla De Castro Rausch is the president and CEO of Animation Vertigo, a company that specializes in motion capture tracking and animation.

The company has dabbled in films too, working on projects such as the 2009 film, “A Christmas Carol” and “others that have yet to be released,” she says to the Asian Journal.

Since founding the company in 2004, Animation Vertigo (with offices in Irvine, California and Mandaluyong City in the Philippines) has helped provide motion capture to popular video games and movies millions of people have played and/or watched.

Initially developed for life sciences, motion capture has become a popular element in the entertainment industry.

Motion capture is the process of acquiring data from an actor in real time and putting it into a three-dimensional space for the purpose of using the animation to get realistic organic movements into the video games and/or movies, Rausch says.

Rausch is originally from Quezon City. She spent her grade and high school years at Maryknoll before pursuing a communication and journalism degree from the University of the Philippines Diliman.

Rausch worked at the Canadian Embassy and Australian Consulate in Manila before moving to the US, where she got into the motion capture industry by accident.

She was pregnant at the time, and while waiting for her husband (who worked in the motion capture and animation industry at his office,) she became curious about his work and asked to learn how to do it.

“It was like a solving a puzzle,” Rausch said. “When his company would need contract workers to come in during crunch time, I actually started helping them out too.”

It wasn’t before long Rausch and her husband began to recognize the nature of the industry. Motion capture is tedious work that requires a lot of work hours especially in the cleanup and tracking phase. It’s important for the final animation product to look clean and without any blemishes or marks.

Rather than pay overtime for employees to save costs, companies would hire freelancers.

“Letting them go once the project ended was not only difficult but quite straining as well,” Rausch said.

That’s when she began thinking of creating a company to combine the artistic talent in the Philippines to do motion capture work.

“I knew the talent was there and knew that communication wouldn’t be difficult as I realized training was essential to getting the quality and speed that we required to meet Hollywood standards,” she said.

That’s when she started Animation Vertigo in 2004, which currently has 40 full-time employees in the Philippines.

“This company allows me to give Filipinos the opportunity to share their talents with the motion capture entertainment industry in Hollywood and Europe,” she said.

“Our experience and close ties with motion capture experts and giants in the field allow us to keep ahead of competitors and there really isn’t one around that matches this.”

Though you can say her company is a pioneer for introducing motion capture in the Philippines, Rausch is one too, as a female leader in a mostly male-dominated industry.

There aren’t a lot of women in her position and she has personally felt slighted when she attends industry conventions.

“People assume that when I show up, I must be involved in sales or art. It definitely was a challenge to show that I am knowledgeable and [that I] comprehend the industry,” she said.

But bottom line, she knows the task at hand. “As long as I could bring in the goods,” she said.

Though her company works mostly behind the scenes and doesn’t receive the credit it deserves, she basks in the popularity of the games and movies Animation Vertigo works on.

For anyone interested in entering the business, Rausch had this to say: “Find something you believe in and plan for it and thoroughly, but [don’t] get too caught up that it prevents you from moving.”

“Then once the plan is made, act on it. It won’t be easy, there are challenges and difficulties, but if you believe in it, planned well for it, you will achieve it,” she said.