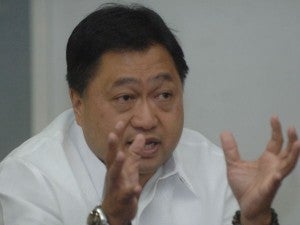 MANILA, Philippines—The Philippines has been taken off the French government’s blacklist of non-cooperative countries with respect to tax evasion and money laundering.

This was announced Saturday by the Department of Finance, which said the government’s efforts to improve its information sharing on tax-related matters with the French government paved the way for the removal of the Philippines from the list.

The Bureau of Internal Revenue now has a solid information-sharing agreement with its counterpart in France, according to the DOF.

Investors from countries on the blacklist are said to be slapped with stricter tax rules in France.

According to Finance Secretary Cesar Purisima, the Philippines’ removal from the blacklist was a welcome development as it signaled the country’s commitment to fiscal integrity.

“This move is recognition of the Aquino administration’s commitment and tangible progress in combating tax avoidance and promoting fiscal honesty,” Purisima said in a statement.

“We hope that foreign firms, and not just French ones, take this as a signal that the Philippines affords a level, competitive, and transparent playing field for everyone to do business in,” the finance chief added.

Together with the French government’s decision to remove the Philippines from the blacklist was its move to include Bermuda, British Virgin Islands on the list.

Other countries on are Guatemala, Brunei, Botswana, Marshall Islands, among others.