Briton wanted for drug trafficking in US nabbed in Subic 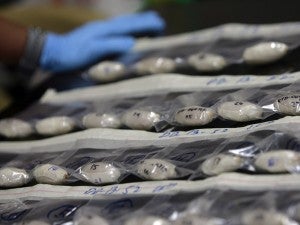 Mison said Gypsy Nirvana, 53, was apprehended after the US Embassy sought his arrest for allegedly manufacturing, exporting, and importing marijuana, and money laundering.

“There will be no letup in the BI’s campaign to catch foreign fugitives who are hiding in the country to evade prosecution for their crimes,” Mison said in a statement.

He said Nirvana, who is now detained at the BI detention center in Bicutan, Taguig City was arrested on August 27 at the Subic Freeport in Olongapo.

Mison added that a US district court in Maine had issued a warrant for Nirvana’s arrest after he was indicted on multiple counts of narcotics trafficking and money laundering.

The BI chief described the Briton as a high-profile fugitive, adding that a team of US marshals was expected to fetch him in Manila after the BI Board of Commissioners issues an order for his summary deportation.

For several years, the suspect profited hugely from his UK-based a marijuana seed auction business, which catered mostly to American customers who transacted with him either via the Internet or by mail and money wire transfers, Mison said.

He added that the racket was uncovered only after several informants, who were Nirvana’s former associates, tipped US authorities about his activities.

On July 11, 2011, customs agents at the Boston Logan International Airport in Maine intercepted a UK-bound shipment of marijuana seeds that were allegedly purchased by Nirvana, Mison said.

The incident resulted in raids by US Drug Enforcement Agency agents on several marijuana plantations in Maine and the arrest of suspects who exposed and detailed the extent of the Briton’s marijuana business, he added.