Assistant labor attaché Antonio Villafuerte is grilled at the Senate hearing on alleged sex-for-flight scandal in which he is accused of sexually harassing a distressed OFW named Michelle. Driver Marvin Karaan, a former employee at the Philippine Overseas Labor Office (POLO) in Saudi Arabia, was introduced by Senator Jose “Jinggoy” Estrada. Video by Noy Morcoso lll/INQUIRER.net

MANILA, Philippines — A new witness had come forward on Thursday during the sex-for-flight investigation at the Senate.

Karaan informed the committee that he was cleaning up the office pantry when he saw assistant labor attaché Antonio Villafuerte and victim earlier identified as “Michelle” through a glass window.

“He held her hand and kissed her on the cheek,” Karaan said of Villafuerte. 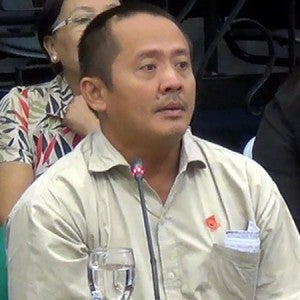 He then narrated how he saw them enter a small room near the restroom and after a couple of minutes Michele went out, almost running and looking nervous.

“Pinapasungalingan ko pa rin iyan, your honor (I deny that, your honor),” he said, adding that he was not at the office at that time.

During the August 15 hearing, “Michelle” removed her veil and asked Villafuerte if he remembered her.

Villafuerte said yes but denied that he had attempted to rape her. Kristine Angeli Sabillo, INQUIRER.net