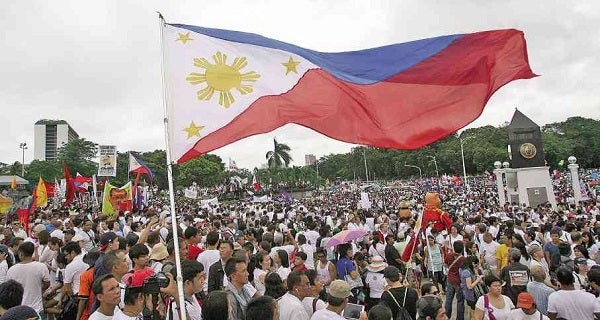 More than 75 years ago on August 19, 1938, on the occasion of his 60th birthday, Philippine Commonwealth President Manuel Luis Quezon reflected on the “state of the Philippine soul” in a speech delivered to 40,000 students and teachers.

“We lack the superb courage which impels action because it is right,” he said. “Our greatest fear is not to do wrong, but to be caught doing wrong. Our conception of virtue is conventional. We take religion lightly and we think lip-service equivalent to a deep, abiding faith. Patriotism among us is only skin deep and incapable of inspiring heroic deeds.”

Quezon was likely predicting the corrupt mindset of the politicians that would follow in the decades to come, politicians who can talk the “lip service” talk but who can only walk the “skin deep” walk.

On the other hand, the patriotism that is “inspiring heroic deeds” is coming from the Filipino people, many of whom joined the “Million People March” against pork barrel held in Manila’s Rizal Park on August 26 which was directed at eradicating a corrupt system of governmental fund distribution that is rife with abuse. 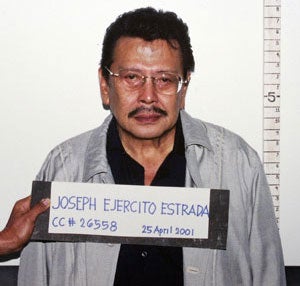 The march and the netizens’ revolt that spurred it were inspired by disclosures of how certain members of the Philippine Congress directed the P200 million allocated annually to each member of the Senate and P70 million to each House member for their use in projects that were supposed to benefit the Filipino people.

The whistle blowers revealed that at least P10 billion of those funds were illegally diverted by these government officials through businesswoman, now fugitive, Janet Lim-Napoles, to certain non-governmental organizations (NGOs) that merely served as convenient conduits for the funds to be kicked back to the pockets of the members of Congress.

The problem is that it may take years for the government to amass the evidence necessary to file plunder charges against the government officials who conspired with Napoles to pocket the people’s money for their own personal use. Not every member of Congress will be as candidly clueless as Rep. Lani Mercado, wife of Sen. Bong Revilla, who justified the pork barrel practice by claiming that her family has substantial personal expenses to pay for.

The problem is deeper than simply gathering sufficient forensic evidence to file plunder charges against the corrupt officials. It goes deeper even where the charges result in guilty verdicts against the scofflaws. It is the failure of the people to connect the dots.

On September 19, 2007, I wrote about the guilty verdict that was handed down by the Sandigan Bayan (Philippine Anti-Graft Court) against former president Joseph “Erap” Estrada on plunder charges (“No Tears for Estrada”). Perhaps it is time to review the facts of Estrada’s plunder conviction to avoid a repetition of what allowed a convicted plunderer to be elected mayor of Manila.

It took six years for the Sandigan Bayan court to try the Estrada case, most of it due to delays caused by Estrada himself. At one point, he fired all his attorneys so that a mistrial could occur. But after the court provided him with new attorneys, whom he rejected, Estrada retained new counsel and proceeded with the case. His strategy then was to delay it until his closest personal friend, Fernando Poe, Jr. (FPJ), whom he personally coaxed into running, could win the presidency in the May 2004 elections and dismiss all the charges against him.

But when Fernando Poe Jr.  lost, Estrada had no choice but to proceed with the trial, with a strategy directed towards destroying the credibility of the court and depicting the trial as “politically motivated” to justify his removal from office. Very little was done by his lawyers to debunk the voluminous evidence presented in court.

Dozens of witnesses described how Estrada collected billions of Philippine pesos in “jueteng” protection money which, witnesses testified, they regularly delivered in cash to his Polk Street mansion in San Juan in Metro Manila. It was like a mob scene from “The Sopranos.” Credible witnesses also testified that when Estrada was president, he directed his appointees in the Government Service Insurance System (GSIS) and the Social Security System (SSS) to purchase a combined total of 681,733,000 shares of stock of the Belle Corporation worth P1,847,578,057.50 ($40-M).

Carlos Arellano testified that he was a childhood friend of Estrada who appointed him chairman and president of the SSS in 1998. On October 6, 1999, he received a call from Estrada instructing him to buy Belle Corporation stock. He said he hesitated to do so because the SSS had an investment committee which selected the stocks to invest in for the millions of Filipinos who had contributed to it. However, after further prodding from Estrada, Arellano purchased P900 million in Belle stocks on October 21, 1999, just 15 days after he was directed to do so.

Federico Pascual (not the journalist and newspaper columnist in Manila) testified that he was the president of the GSIS in 1999, appointed by Estrada, when he was instructed to purchase Belle shares. He hesitated to do the president’s bidding, he said, because the Belle Corporation was involved in jai-alai and gambling and had a “speculative flavor”. But after receiving another call from Estrada on October 9, 1999, he went ahead and authorized the purchase by GSIS of P1.1-B (pesos) in Belle stock.

A close crony of Estrada, Jaime Dichaves, facilitated the transaction. Belle Corporation executives testified that they issued a cashier’s check to Dichaves in the amount of P189-M (International Exchange Bank Check No. 6000159271 dated November 5, 1999) as his 10% commission for securing the purchase by SSS and GSIS of close to P2-B (pesos) in Belle stocks.

Clarissa Ocampo, an Equitable Bank manager, testified that she personally witnessed Estrada sign his name as “Jose Velarde” in withdrawing funds from the Equitable Bank, an allegation that was openly admitted by Estrada himself. Bank executives testified that other bank accounts in the same bank were in the names of Jose Velarde and Loi Ejercito (Estrada’s legal wife).

Bank executives also testified that it was from this same Jose Velarde account that Estrada purchased the “Boracay Mansion” near Wack Wack Golf Club for the use of his favored mistress, Laarni Enriquez. The man who facilitated the purchase of this mansion was Jose Luis Yulo who, because of this “housing” experience was then appointed Estrada’s Secretary of Housing, replacing the very competent Karina Constantino-David.

The evidence was just too overwhelming and too blatant for the Sandigan Bayan justices to ignore. They found Estrada guilty of plunder, beyond a reasonable doubt.

When GSIS and SSS bought Belle stocks in 1999, they were priced at P3.14 a share. One year later, on December 29, 2000, their value had sunk dramatically to 60 centavos a share. Two years later, they had gone down to 40 centavos a share. Now they are virtually worthless.

That was what I wrote six years ago. Instead of being sentenced to life imprisonment for his crime, Estrada accepted a plea deal with then president Gloria Macapagal-Arroyo. In exchange for a presidential pardon from Arroyo (who likely hoped that she would set a precedent for herself), Estrada agreed never to run for public office again.

Robredo calls on Comelec to extend voter registration to October