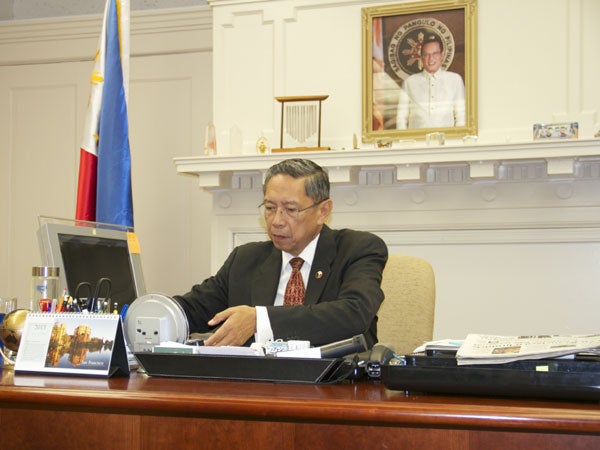 SAN FRANCISCO—The simple reply spoke volumes about the humility of the man who has been known to Bay Area Filipinos as simply ConGen since August 2007. Asked how he would like to be remembered, outgoing Consul General Marciano Paynor Jr. said: “That I was a good civil servant.”

Not for any epic deeds or even the mindset-enhancing changes he introduced to the consular services, even as it is widely acknowledged that the Philippine Consulate in San Francisco is now humming at a smoother and more efficient rhythm than ever before.

A different attitude on the part of the staff is also evident in the kind of response visitors to the consulate get from everyone in the office. Nobody feels ignored, or that he or she is an imposition. When a client approaches a desk or the counter, the employee looks up with a smile and an expression of willingness, even eagerness, to serve.

At one point during a one–on-one conversation with INQUIRER.net, ConGen Paynor pulled out a big yellow Smiley Button and proudly showed it off, recalling that on the day he assumed his post in San Francisco, he gave everyone in the consulate a button just like it to wear to work every day. 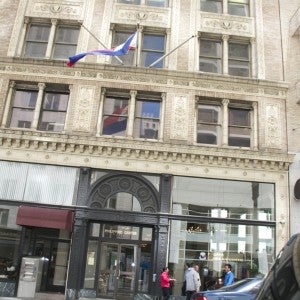 That cannot be the only explanation for the easy atmosphere within the consulate general offices on Sutter Street a block above San Francisco’s famed Union Square. One would have to look long and hard to catch even a trace of a frown on the face of any of the employees.

It seems this man, who thinks his main accomplishment during his tour of duty here was that he got everyone on his staff to embrace the notion that their job is to affably serve the Filipino-American community, may have succeeded even beyond his own expectations.

It should be no surprise if the consulate seems to be operating with military-like efficiency and precision, given that Paynor started his career in the Philippine military as a graduate of the Philippine Military Academy.

Paynor took the foreign-service exams and joined the department of foreign affairs in 1983, and the rest, as they say, is history. One that includes tours of duty in Libreville, Gabon, Africa, Madrid and London, Senegal, Rwanda, Angola and Los Angeles, Rome and Israel.

One of his most storied assignments was opening the Philippine Embassy in Budapest, Hungary, as charge’ d’affaires; later he acted as consul. The Cold War ended, with Hungary transitioning from a communist state to a parliamentary republic, during his tour of duty there. He has also seen the best and the worst of countries, which prepared him for the challenges in his assignment as consul general in San Francisco. 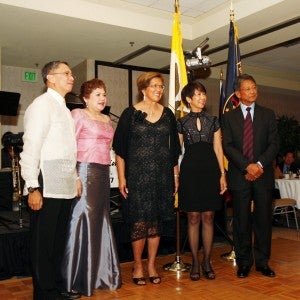 Consul General Paynor at his “despedida” party given by the SF community. With him (from left): Mrs. Tessie Paynor, Maria Banatao, Sherri Burke, Dado Banatao. PHOTO BY GERRY PANGILINAN

What would he miss the most when he leaves San Francisco? “The city of course. It is a beautiful place,” he answered with hardly a pause.

Of course, everyone leaves his heart in San Francisco, but in the case of Mr. and Mrs. Paynor, they are leaving more. Their two daughters and two grandchildren are staying behind. ‘We will be coming back regularly to visit them,” Paynor said, reassuring Filipinos that they will continue to see him and his lovely wife, Teresa Paynor, in the Bay Area.

As things stand, it appears his assignment here has been extended to January of next year. The Department of Foreign Affairs may have seen fit to time the end of his tour of duty with his retirement from the department in January of 2014.

This is good news for the Bay Area’s Filipino community, which has been blessed with a recent succession of consuls general that have performed their duties exceedingly well. But this story has not yet ended. There appears to be an earnest drive in the Bay Area Filipino community—a petition it seems–for the extension of Paynor’s term.