Lives larger than themselves

NEW YORK—In 1968, the United States bombardment of North Vietnam was at its peak. It was a war against a country that had not attacked the United States—a replay of the 1899 Philippine-American War, and a foreshadowing of other wars, such as the invasion of Iraq in 2003. According to Wikipedia, in an operation called “Rolling Thunder,” a total of 643,000 tons of bombs were dropped, from March 1965 to November 1968. Meant to disrupt the flow of men and materiel into South Vietnam and to prop up the South Vietnamese regime, the horrific destruction and loss of innocent lives came to naught, as we all know—the fall of the South Vietnam regime and the defeat of the United States in 1975 captured in that iconic photograph of a helicopter lifting off from the roof of the U.S. embassy in Saigon, with people clinging to the struts in a desperate effort to flee the city and the country.

In 1968, students in New York and Berkeley, in Paris, in Prague, in Tokyo, were in full revolutionary mode, instigating sit-ins, mass protests, marches, even violent tactics, against the powers that be for their complicity in supporting a colonial and outmoded global order, and for their refusal to be part of the solution rather than be the problem. The potheads and the hippies, even as they were tuning in, turning on, and dropping out (to use a favorite phrase of those hallucinogenic days) had the same sentiments as the activists: opposition to the Vietnam War. As early as 1966, Kabataan Makabayan (Nationalist Youth), founded by José Maria Sison, had protested President Lyndon B. Johnson’s visit to participate in the Manila Summit, meant to formulate a regional response to the ongoing conflict in Vietnam.

In 1968, Sison went on to establish the Communist Party of the Philippines (CPP), breaking away from the old-guard, Moscow leaning Partidong Komunista ng Pilipinas (PKP), and looking to Mao’s China instead. The next year he and Bernabe Buscayno, or Ka Dante, oversaw the formation of the New People’s Army, the military arm of the CPP, that continues to lead the armed insurgency, one of the world’s longest running.

In May of that year, Gemma Cruz Araneta, a young Filipina who had in 1964 won the Miss International—the first Filipina to win such a title—went on a cla 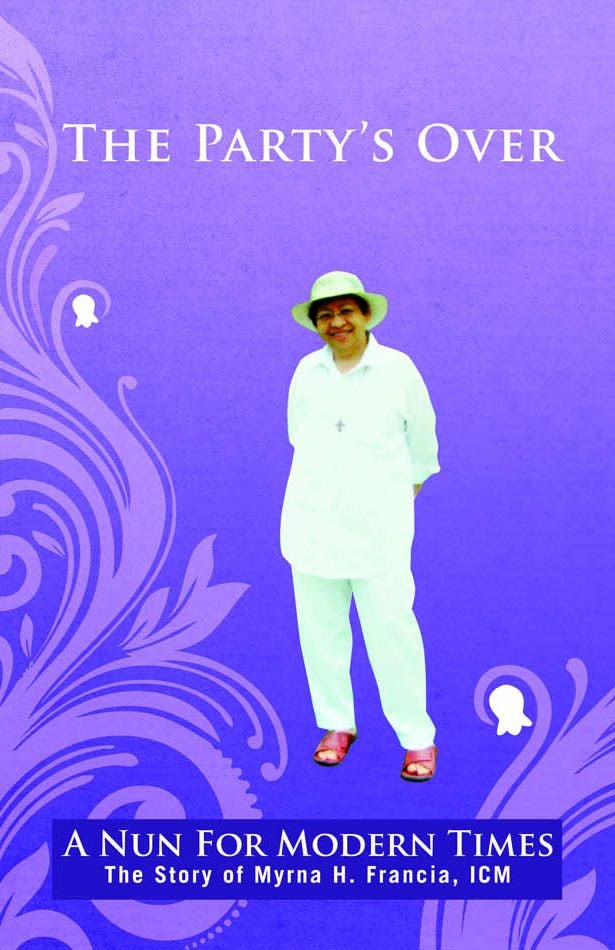 ndestine visit to North Vietnam with her husband, Antonio Araneta. Gemma was our Jane Fonda even before Jane Fonda’s trip in 1972. Gemma kept a diary of that trip, published as Hanoi Diary later that same year. I never knew of its existence until earlier this year, when her younger brother, Ismael “Toto” Cruz, a classmate and friend of mine since high school, gave me a copy. He had had it reprinted it last year—the imprint is Cruz Publishing—44 years after it first came out. (Brother and sister, by the way, happen to be descendants of José Rizal.)

She and her husband stayed for about a month, with Gemma noting what they saw and their interactions with the North Vietnamese, from military and civilian officials to women in villages that had been affected by the U.S. bombing raids. Though the physical damage was enormous, the Northerners were not cowed. In her entry for May 25th, she writes: “Now that we are in the provinces, I am even more convinced that American bombings have not produced the results the Pentagon or Washington are hoping for. Instead of breaking the morale of the Vietnamese, bombings have consolidated and united them, aroused their patriotic spirit and inspired them to work as hard as they can. Bombings have also helped their government belie all the propaganda dished out by the U.S.A.”

It was her husband’s second visit. He had been to Hanoi in 1966, and was able to interview Ho Chi Minh—or Bac Ho (Uncle Ho) as his countrymen called him—which he wrote up for Graphic Weekly in December that same year. (The feature is included in the reprint of Hanoi Diary.) He and Minh discussed the Manila Summit, which the latter described as “a council of war.”  Minh also referred to the non-combat contingent of Philippine soldiers sent by Marcos to South Vietnam as Araneta’s “unfriendly” compatriots. Araneta asked Ho Chi Minh if he had any message for the Filipino youth. He had: “Tell them that Ho Chi Minh wants them to become good patriots. And that one way to become good patriots is to become communists. If you are a communist you are a true nationalist and you do not risk the danger of degenerating into a fascist type of nationalist. If your heart is communist, you become an internationalist. You become a nationalist and an internationalist at the same time.”

The reprint includes not only the diary, of course, and the Araneta article but also an account of the couple’s return visit in 2012, upon the invitation of the Vietnamese government.

The same year that Gemma was making her first trip to Vietnam, my older sister Myrna, who was the same age as Gemma and who passed away in 2010, was already a member of the ICM Congregation—the Belgian order of nuns that founded and ran St. Theresa’s College, of which Myrna was an alumna. Myrna was never the goody-goody type, and her decision to hie herself to a nunnery came as a surprise to her friends and her family. It was completely unexpected, and revolutionary, not in the overtly political way but in the stricter sense of the turning over, in this case, of a life.

She had always led an active social life, had had suitors and a job in the corporate world, but one night, after a party, it came to her this way, as recounted in the book that was launched this past June, The Party’s Over: A Nun for Modern Times/ The Story of Myrna H. Francia, ICM: “In college, I was open to be discovered by Mr. Right, but instead the Hound of Heaven caught up with me. One night, after an enjoyable party and as I was taking off my hurting shoes and my make-up, a song kept ringing in my head. ‘The party’s over / It’s time to call it a day/ They’ve burst your pretty balloon and taken the moon away.’ I became pensive at one in the morning. ‘All is fleeting, only God’s love suffices. God is the thirsty one, and I the chipped cup, half empty and waiting to be filled.’ With these realizations, I sought to quench my thirst for perfect love.” I remember her telling me this, that it was Frank Sinatra she heard crooning that late night. I think the Hoboken singer would have been tickled pink to learn of his role in helping to determine my sister’s vocation.

Other than her brief autobiography, the book, edited by veteran editor and journalist Lorna Kalaw Tirol and assisted by my younger sister Judy, consists of her poems and various other writings, and reminiscences by her three siblings (Joseph, Judy, and myself), friends, and colleagues. Many of Myrna’s poems were new to me. I was particularly struck by this one, with its nod to José Garcia Villa and Emily Dickinson:

Myrna referred to God as “She,” shocking her older co-sisters, and she went on to spend close to half a century as a nun, wearing various hats, from trainer of would-be missionaries in Belgium, where she learned to speak Flemish, to district superior of the order (for which she travelled throughout the archipelago), from student counselor to retreat director, from teacher to pastoral worker in urban poor areas. It was a vast vineyard that she labored in. Upon her death, her siblings and some of her friends and colleagues decided to continue her work, particularly in Bagong Barrio, a vast urban poor settlement in Caloocan, by starting a modest fund, the Sister Myrna Francia Memorial, Inc., to provide vocational training for deserving but financially pressed young men and women, so they could find employment. The book is meant to honor her, and at the same time, through sales, add to the fund.

In different ways, both Hanoi Diary and The Party’s Over are eloquent testaments to living fully cognizant of the moment but always aware of a larger, spiritual dimension.