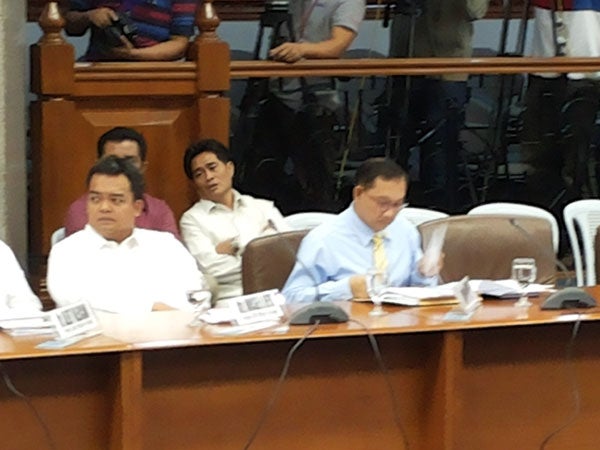 Assistant labor attache Antonio “Tony” Villafuerte faced anew at Thursday’s resumption of the Senate investigation into the “sex-for-scheme” scandal in the Middle East.

MANILA, Philippines -– The Senate on Thursday resumed its investigation into the  so-called “sex-for-flight” scheme by some Philippine embassy and  labor officials in the Middle East.

Still present in a joint hearing by the Senate blue ribbon and labor  committees, which started a little past 9 a.m.,  was  Riyadh-based assistant labor attaché Antonio  “Tony” Villafuerte,  who had been accused by three  overseas Filipino workers of sexually  molesting  and  pimping them in exchange for plane tickets.
Villafurte was also present during last week’s hearing  but was not questioned by members of the committees.

Last week’s hearing, instead, centered on  an OFW, who recounted  an alleged  attempted rape by  the  driver and employee of  Philippine labor attaché to Saudi Arabia, Adam Musa.