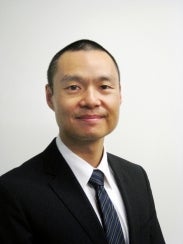 WASHINGTON, DC—A traveling exhibit at the Smithsonian Museum, whose theme is based on one of renowned Filipino-American writer Carlos Bulosan’s poems, will make its next stop in Los Angeles next month.

Ng is a brother-in-law of US President Barack Obama, who is pushing for an immigration bill that would provide a pathway to citizenship for 11 million undocumented immigrants, one million of them Filipinos.

Bulosan’s poems and stories deal mostly with the racism and discrimination he experienced as an Asian immigrant in America.

“You have someone who was born in the Philippines and, soon after the US-Philippine war, lived in the United States in pursuit of better opportunities. Like most immigrant communities, the life in the land of opportunity became an experience of hardship. And Bulosan wrote these great poems and stories [about the experience],” said Ng.

“‘I Want the Wide American Earth’ for us captured that aspiration and that vision of America being the home for everybody, specifically for Asian Pacific Americans.”

Ng said he was a fan of Bulosan.

“I love [Bulosan’s] work. His work… as they say in Hawaii, [gives you] chicken skin… when you think about something that inspires you and makes you feel something deeply. I think Carlos Bulosan has got some terrific poems,” Ng said.

Images on 30 panels tell the story of the first Asian immigrants’ participation in the gold rush, the transcontinental railroad, on both sides of the American Civil War and the building of the nation’s agriculture.

The Asian Pacific American population now stands at more than 17 million and growing. Filipinos, numbering 3.4 million, make up the second-largest Asian group in the US according to the latest census. The number is believed to be much higher than the census count. There are an estimated one million undocumented Filipinos in the US.

“I Want the Wide American Earth” is a collaboration with the Smithsonian Institution Traveling Exhibition Service. The exhibit is on the third floor of the Smithsonian National Museum of American History.