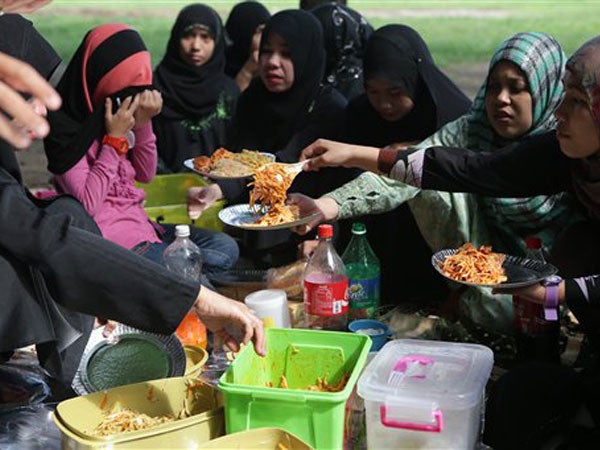 JAKARTA, Indonesia — Muslims have begun celebrating the end of the fasting month of Ramadan with solemn sunrise prayers followed by savory high-calorie feasts to mark their holiest holiday.

Thursday’s celebrations come despite concerns over violence looming in parts of Asia and elsewhere.

In Indonesia, the world’s most populous Muslim nation, throngs of believers went to mosques for the start of Eid al-Fitr. The three-day festivities end a month of dawn-to-dusk fasting and prayer for Muslims. The holiday is also a time of reflection, forgiveness and charity.

Some countries remain on heightened alert for potential violence. The U.S. closed diplomatic posts in 19 cities in the Muslim world this week after warning that al-Qaida or its allies might target either U.S. government or private American interests.