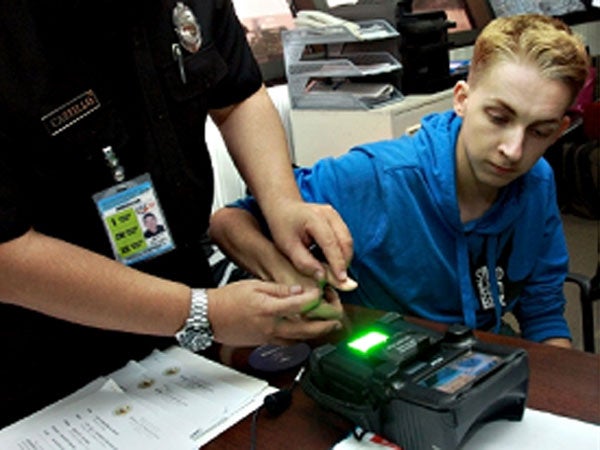 Thomas van Beersum: I shall return

MANILA, Philippines—The Philippines on Wednesday deported a Dutch activist who attended an international conference on human rights and peace in Quezon City and participated in a protest demonstration marking President Aquino’s State of the Nation Address last month.

The day before, immigration agents prevented Thomas van Beersum, who was already at the Ninoy Aquino International Airport, from leaving the country. They detained him for 30 hours only to present him with a deportation order that said he was being penalized for violating the terms of his tourist visa by “overstaying” and “for engaging in partisan political activity.”

The immigration bureau said he was an “undesirable alien” and had put his name on a “blacklist.”

Government agents said they would consider taking him off the blacklist after he settles his fine and other “processing fees” that came up to barely P4,000.

After making him spend the night at the Bureau of Immigration intelligence office, agents escorted Beersum  at about 12:30 p.m. to the boarding gate of a Cathay Pacific flight bound for Hong Kong, where he was to take a connecting flight to Amsterdam, Netherlands.

The activist complained of “harassment.”

Before he left, Beersum told reporters he had no regrets joining an antigovernment demonstration and that, once his name is taken off the immigration blacklist, he would not hesitate going back to the Philippines to join more human rights rallies.

‘Detained so I could be deported’

“Am now in Hong Kong waiting for my flight back to Amsterdam. I was not allowed to board my plane and to go back to my country yesterday morning (Tuesday morning). I got detained for about 30 hours at the airport just so the immigration officials could deport me. This harassment is obviously done to distract the people from the actual problems that the country faces, such as the almost total domination of its economy by foreign capitalists and the complicity of comprador puppets such as Aquino. And let’s not forget the human rights abuses under Aquino’s administration either. So far there have been 142 documented cases of extrajudicial killing and 164 frustrated killing; 16 incidents of enforced disappearance; 76 cases of torture and 293 cases of illegal arrest and detention.

“I want to thank the people and groups that have been supporting me and although I’ve been blacklisted, I will still firmly support the just struggle of the Filipino people for social and national liberation. Mabuhay!”