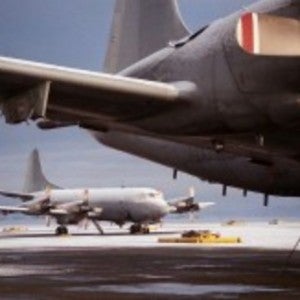 MANILA—There are no drones, but the United States has long been providing intelligence assistance to the Philippines through the deployment of maritime surveillance aircraft over the disputed West Philippine Sea (South China Sea) as part of regular joint military exercises, the country’s top diplomat said Wednesday.

The US Embassy in Manila did not issue a comment and instead referred questions to the Philippine government.

“We are not speaking of drones but P-3C Orions. I think this assistance has been there for a while now. When I came into the DFA (Department of Foreign Affairs), I think I had heard of P-3C Orions already being helpful in terms of information in the area, in terms of telling us what’s going on,” Del Rosario, referring to his appointment as foreign secretary in 2011.

“This is mostly provided by way of the joint training exercises and the P-3C Orion is something that we rely on in terms of being provided information with regard to the maritime domain awareness,” Del Rosario said at a press conference on Wednesday.

The P-3C Orion is a four-engine turbo-propeller maritime surveillance aircraft that the US Navy has been using since the 1960s, upgraded in design and capabilities over the decades. Its maker, American defense contractor Lockheed Martin, said the aircraft is used by up to 21 governments around the world.

Del Rosario did not specify particular information the Philippines has gained from the US surveillance flights and the number of such flights so far, saying he was not privy to the protocol covering such overflights.

He said, however, said the arrangement is being undertaken under existing provisions of the Philippine-US Mutual Defense Treaty.

“I think we have this initiative of reaching out to our international partners, including the US, in terms of assistance with regards to our minimum credible defense posture strategy, which has, of course, two components: one is maritime domain awareness and second is to improve our capacity for deterrence,” Del Rosario said.

Del Rosario said the Orion flights have long been going on as part of US help in the Philippines’ bid to build a minimum credible defense posture amid security concerns in the disputed West Philippine Sea, the name the Philippines has given to that part of the South China Sea it claims comes within the Philippines’ so-called exclusive economic zone.

The Philippines has been beefing up its external defense while pursuing negotiations and legal action against China, which Manila has accused of several encroachments into its exclusive economic zone.

China claims almost the entire expanse of the South China Sea, conflicting with claims of the Philippines, Vietnam, Malaysia, Brunei and Taiwan.

The Philippines has brought the maritime question before the United Nations arbitral tribunal in hopes of halting Chinese incursions into the Philippine exclusive economic zone.

He said intelligence shared by the US would be useful in pursuing this legal action.

“I think that it’s of significant importance for us because we do have an interest in terms of what’s going on within our exclusive economic zone and our continental shelf… I think it’s useful for us to be gathering this information which is also utilized in our arbitration,” Del Rosario said.

Asked whether the American role in assisting Philippine surveillance would compromise its neutral position in the dispute, Del Rosario said it was well within the US’ rights to patrol the critical international waters.

“I think the US has an interest in terms of the South China Sea, in terms of maintaining freedom of navigation there and unimpeded commerce. I also believe that we should be working with our treaty ally; it’s advisable for us to work to work with them in accordance with our agreement, that we should be relying on one another,” said Del Rosario.

“And I think it’s in that context that we believe they have a right to be there and it’s also because we’d like them to be there,” he added.