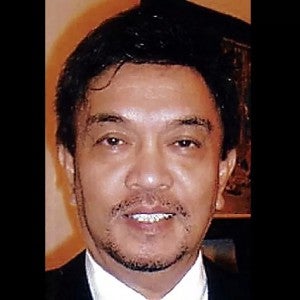 MANILA, Philippines—Overseas Filipino workers (OFWs) continue to suffer from the hiring freeze that resulted from the Philippines’ recent tiff with Taiwan, leaving 10,000 of them unable to return to their jobs there, according to OFW Family Club party-list Rep. Roy Señeres.

Señeres, who served as labor attache of the Philippine Embassy in the United Arab Emirates from 1983 to 1989, told a press briefing the Philippine government must stop its foot-dragging and resolve the Taiwan dispute immediately, lest OFWs suffer more permanent consequences.

Taiwan earlier decided to freeze the hiring of Filipino workers following the shooting by a Filipino coast guard of a Taiwanese fisherman whose boat had strayed into Philippine waters. The incident triggered the harassment of Filipinos in Taiwan.

Slow to act on problem

Señeres said the Department of Justice’s report on the shooting incident, which has been submitted to Malacañang, should be made public. Those involved in the incident should also face criminal and administrative charges, he added.

“The government is slow to act on this problem,” he said.

The Aquino administration must also hasten the restoration of bilateral relations with Taiwan, he said.

He said many OFWs wanted the administration to resolve the issue soon, and were worried that it was becoming too preoccupied with the allegations of sexual exploitation of OFWs by Filipino officials in the Middle East.

Señeres said many Taiwan-bound OFWs had sought his help and complained that they had been unable to return to their jobs and earn money for their families.

He said some 10,000 OFWs who worked in Taiwan in the past three years were due for a contract extension, but their employers were unable to do this because of the hiring freeze. They had no choice but to return to the Philippines when their contracts expired, and they are now waiting for the freeze to be lifted to be able to work again.

Señeres said many of these workers were employed in electronic factories and earning more than P30,000 a month, plus overtime pay.

One of these workers, Lulu Abato, said she and other workers were worried because their slots in the company they worked for were given to workers from Vietnam, Thailand and Indonesia.

It would take another three years before the slots would be vacant. Filipino workers are also concerned that these positions would be permanently given to workers from other countries if the hiring freeze on Filipinos continued.

Señeres said he would ask the Department of Budget and Management to allow him to use his priority assistance development fund (PDAF) or pork barrel for tickets for stranded or distressed OFWs, for blood money for OFWs jailed abroad and for livelihood programs.

Under the rules, the pork barrel may only be used for projects listed on a menu prepared by the administration.

Señeres said he would rather set aside his PDAF for OFWs rather than for road construction.