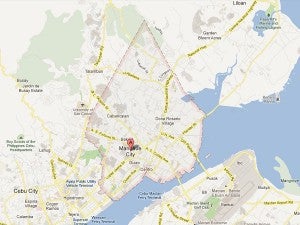 CEBU CITY, Philippines – A Korean businessman was killed while his driver was wounded on Saturday afternoon in a daring daylight ambush staged by two men on a motorcycle on A.S. Fortuna Street, Mandaue City, Cebu.

The police, however, had yet to determine the motive in the killing of Yi Sung Jung, native of Su Won City in South Korea who was temporarily staying at a condominium in Crown Regency Hotel in Cebu City.

But Senior Inspector Ramil Morpos, chief of Casuntingan police station in Mandaue, said investigators were not discounting the possibility that the attack might be related to the Korean’s businesses in Cebu.

He said the Korean was a car dealer and a financier at the casino.

Before the attack happened, Yi met with five other Koreans at a coffee shop along A.S. Fortuna on Saturday afternoon.

He then boarded a sports utility vehicle driven by Sonny Ubal, 42, of B.  Rodriguez Street, Cebu City. While heading to Cebu City, two men on board an XRM motorcycle drove alongside the SUV.

The backrider then pulled out a gun and repeatedly fired at the SUV, said Morpos.

The two victims were brought to a hospital where Yi was declared dead on arrival due to multiple gunshot wounds in the chest and upper body. His driver, Ubal, was hit in the right side of his body.

Morpos said that Ubal told investigators that he heard his boss arguing with someone over the phone in his native tongue, hours before the shooting.

He said Yi’s six mobile phones would be turned over to the Criminal Investigation and Detection Group on Monday for technical examination.

The police were also checking if there were closed circuit cameras installed in nearby establishments that may have recorded the ambush.