US prof held for sex with Filipino kids 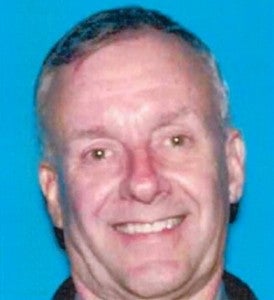 This 2011 image provided by the FBI shows Walter Lee Williams, 64, one of the U.S. FBI’s 10 most wanted fugitives has been arrested in the resort city of Playa del Carmen, Mexico, Tuesday June 18, 2013. Prosecutor Gaspar Armando Garcia Torres says Williams is wanted on charges of sexual exploitation of children and traveling abroad for the purpose of engaging in sexual acts with children. AP

LOS ANGELES—A former professor of the University of Southern California (USC) accused of sex crimes involving two children in the Philippines has been deported to the United States after a Mexican citizen recognized his picture in a newspaper and informed the US Embassy.

Walter Lee Williams, 64, will appear in a Los Angeles federal courtroom on Thursday to face charges of sexual exploitation of children and traveling abroad for the purpose of engaging in sexual acts with children. He had been placed on the Federal Bureau of Investigation’s (FBI) 10 Most Wanted Fugitives list.

The indictment alleges Williams traveled from Los Angeles to the Philippines to engage in sex acts with two 14-year-old boys he met online in 2010, the Department of Justice said in a statement.

“He allegedly engaged in sexual activity via Internet webcam sessions with these boys and expressed a desire to visit them in the Philippines to have sex,” the indictment stated.

A tip from a Mexican citizen who saw a photograph in a local newspaper and contacted the US Embassy led to Williams’ arrest by Mexican authorities, said Bill Lewis, assistant director in charge of the FBI’s Los Angeles field office. The tipster is eligible for the $100,000 reward.

Williams was captured on Tuesday while drinking coffee near a park in the resort town of Playa del Carmen after Mexican authorities created a ruse to lure him to his local coffee shop, said FBI spokesperson Laura Eimiller. He was living under a false name.

Prosecutor Gaspar Armando Garcia Torres said in Cancun, Mexico, that it wasn’t clear how long Williams had been living in Playa del Carmen and that the fugitive also had an address in nearby Cancun, where he was turned over to Mexican officials.

The prosecutor did not say whether Williams was suspected of committing any crimes in Mexico.

Williams left Cancun on Wednesday accompanied by two US officials on an LA-bound flight.

Evidence indicates that Williams has at least 10 alleged victims including the 14-year-old boys cited in a federal indictment. Investigators believe he has more victims and have not ruled out additional charges, as evidence shows Williams expressed an interest and pursued victims younger than 14, Eimiller said.

Williams’ arrest is the culmination of a two-year investigation that began in 2011 and required federal agents to travel to foreign countries to interview possible victims, witnesses and their families.

A student at the USC informed authorities that Williams may have targeted young boys for sex, and the Los Angeles Police Department (LAPD) started to investigate.

He was questioned upon returning from the Philippines, and on a laptop and a camera authorities found child pornography and evidence he had engaged in sex acts with young boys, said assistant LAPD chief Michel Moore.

In February 2011, Williams left the country for Mexico.

Until then, Williams was a tenured professor who taught history, anthropology and gender studies at the USC.

“The FBI has informed us that at this time there is no evidence that any of his alleged illegal activities were associated with the university or took place on campus,” the university said.

A federal arrest warrant was issued for the former Palm Springs, California, resident in April.

Williams traveled extensively for 25 years throughout Southeast Asia, and specifically the Philippines, according to the FBI. He also lived in Indonesia, Polynesia and Thailand.

“We’re happy this man is off the streets [but] we believe there are other victims who have suffered by this man’s actions and we need to talk with them,” Moore said.

Read Next
Solon slams gov’t for failure to stop exploitation of OFWs
EDITORS' PICK
Comelec won’t proclaim party-list groups yet
House energy committee chair Arroyo bats for cheap electricity
Duterte signs law giving rights, more protection to foundlings
Honolulu Café is the cure for your Egg Tarts and Roastings cravings
DOJ-led panel drops 29 cases of torture, EJKs
Luxe property: A way to build, preserve wealth
MOST READ
Heart Evangelista gets a ‘no’ from Chiz Escudero after asking, ‘Do I deserve a bag?’
Pahiyas Festival back but tourists greeted with austere celebration
PH logs 110 new COVID-19 cases; active down to 2,487
Man posing as Marcos spox revealed to be an inmate in Bilibid — Guevarra
Don't miss out on the latest news and information.