PH tells China: Don’t tell us what to do within our territory | Global News

PH tells China: Don’t tell us what to do within our territory 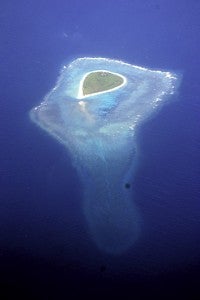 MANILA, Philippines — No other country could tell the Philippines what it can and cannot do within its territory.

Its message getting sharper, the Philippines told China, on Thursday, to keep its hands off the country’s sovereign affairs in the West Philippine Sea (South China Sea) after Chinese Ambassador Ma Keqing expressed concerns that the country might be building more structures in the Ayungin Shoal.

The Department of Foreign Affairs (DFA) also reiterated the country’s ownership of the territory and called on China anew to pull out its government and fishing vessels from around the shoal, where they were deployed nearly a month ago.

The Philippines protested the Chinese deployment before its embassy in Manila but the DFA still has yet to receive an official response.

“Ayungin shoal is an integral part of the Philippine national territory. China is not in a position to dictate on what the Philippines can do within its maritime domain,” said Assistant Secretary Raul Hernandez, the DFA spokesperson, said.

In a brief pull-aside meeting at the national military headquarters in Camp Aguinaldo on Wednesday, Ma had told Defense Secretary Voltaire Gazmin that her government was concerned that the Philippines could be building up its presence in the Ayungin Shoal, where a rusting grounded ship has been serving as a detachment for Filipino sailors.

The shoal, known internationally as the Second Thomas Shoal and Rena’i Reef to the Chinese, is some 196 kms off Palawan, well within the country’s established 370-km exclusive economic zone.

The DFA seconded Gazmin’s assurance to Ma that Philippine activity within the shoal was limited to resupplying Philippine troops on the grounded BRP Sierra Madre.

“The DFA stresses that the rotation of personnel and their provisioning by the AFP (Armed Forces of the Philippines) is a sovereign and humanitarian duty,” Hernandez said.

“The Philippines exercises jurisdiction and sovereign rights over its exclusive economic zone and continental shelf in the West Philippine Sea and has all the right to undertake lawful activities within its maritime domain without any interference or objection by any other state,” he added.

Asked what the Philippines could do if China would not budge, Hernandez said government has been studying its possible course of action.

“We are evaluating our options and continue to look for ways to resolve this as soon possible. But as we said, and as the President (Benigno Aquino III) said in his speech at the Navy anniversary [last week], we will defend what is ours. We are getting guidance from that speech of the President,” said Hernandez.

Contending that the shoal is within its nine-dash line territory, the Chinese Foreign Ministry has defended the presence of its fleet in Ayungin, saying it is within China’s sovereign right to patrol its waters.

The latest incursion happened amid the Philippines’ pending arbitral bid before the United Nations, which sought to halt Chinese intrusions into established maritime boundaries in the West Philippine Sea, nullify the nine-dash line claim and clarify overlapping maritime delineation in the area.

China has refused to participate in the arbitration but the proceedings continue, as provided under the United Nations Convention on the Law of the Sea. The United States, Japan, Germany and the European Parliament have expressed support for the Philippines’ legal action being a peaceful means to resolve the dispute.