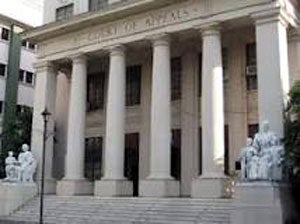 MANILA, Philippines—The Court of Appeals indefinitely stopped the implementation of a contract forged by the Philippine government with Japanese consortium Nagayama Taisei Corporation (NTC) for the development of the controversial Nampeidai property in Tokyo, Japan.

Last year, the appeals court issued a temporary restraining order on the implementation of the contract.

“Accordingly, let a writ of injunction issued effective immediately, enjoining the court a quo, its agents and all persons acting for and on its behalf, from implementing the assailed orders dated Feb. 17, 2012 and April 2, 2012 as well as the writ of execution of April 2, 2012,” the appeals court said in its recent ruling.

The appeals court, in its earlier ruling saw the need to first resolve key issues in the case such as the nonexistence of the service development agreement (SDA) that the government entered into with Masaichi Tsuchiya, and other matters before complying with a writ of execution issued by a lower court.

In 2009, the Department of Justice affirmed the DoF’s cancellation of the notice of award it issued to NTC after it has been established that the documents submitted by the winning bidder NTC are fake.

The DoJ said Nagayama failed to present proof as to the existence of the consortium between Nagayama Architects Co. Ltd and NTC following the execution of an affidavit by notary public, lawyer Hector Centeno on May 22, 2009, declaring that he neither notarized any of the eligibility documents, nor has he met any of the persons whose names appear on the said falsified documents.

The DoJ added that the signatures of the members of the consortium are all fake.

The Nampeidai property is one of the three Philippine properties in Japan that have been offered to investors under a build-operate-transfer scheme.

The public bidding, under the Government Procurement Reform Act or Republic Act No. 9184, was held by the BAC and NTC was declared the winning bidder after it offered to construct a ¥1.7-billion building on the property and pay the Philippine government an additional ¥480-million.

It is not clear though if the property will be re-auctioned.